Asian Journal
Home Columnists Clash of the titans in TE3N! – By Kamal Sharma 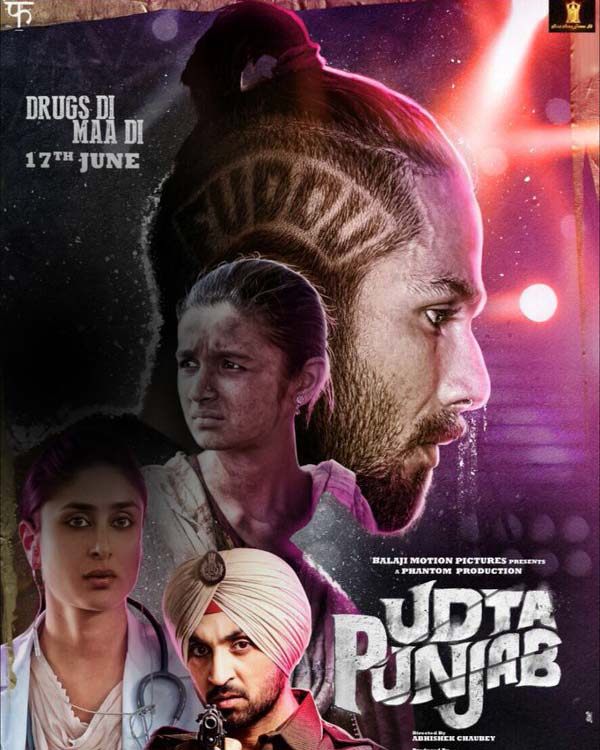 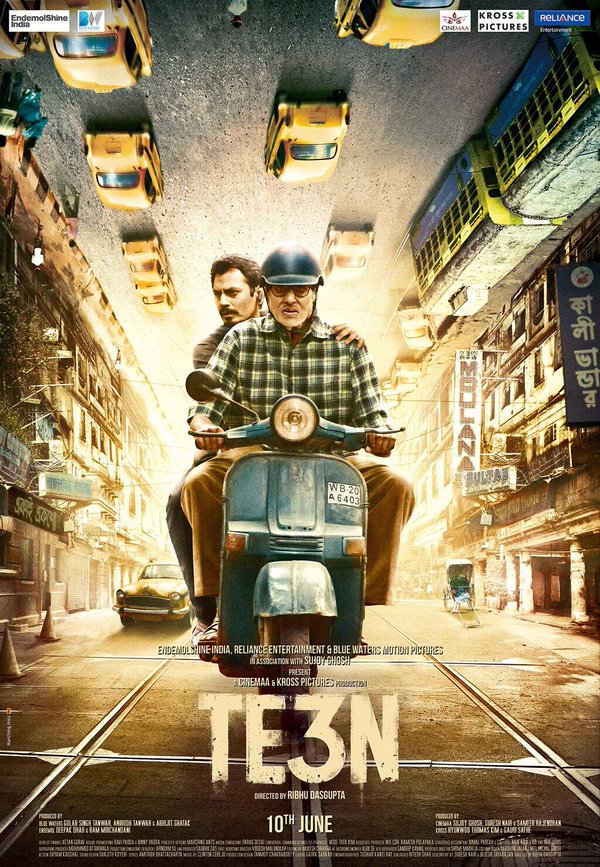 Very seldom Indian films get to see some fine actors together and director Ribhu Dasgupta has managed just that by bringing Amitabh Bachchan, Vidya Balan and Nawazuddin Siddiqui together in his thriller TE3N, which is releasing on Friday, June 10th all over the world and it seems the critics and the general public are over the moon. Vidya Balan and Amitabh Bachchan were earlier seen in acclaimed Eklavya and Paa but Amitabh and Nawazuddin – two of India’s finest, will be seen together for the first time and the critics and their fans are just looking for some fireworks. Based on South Korea’s acclaimed film Montage, TE3N is the story that revolves around three characters of Amitabh, Nawazuddin and Vidya and going by critic’s reaction, all three have managed to hold their court without upstaging each other and that’s the quality of a fine actor. If TE3N manages to engage the audiences like Amitabh Bachchan, Deepika Padukone and Irfan Khan did with Shoorjit Sirkar’s Piku then the audiences better be ready for another ride of pure entertainment and sheer delight as
three of India’s finest promise to do that in Ribhu Dasgupta’s TE3N.

Can Udta Punjab fly without Punjab? 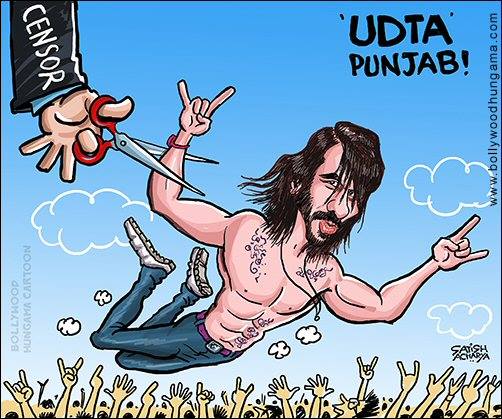 The Punjabis in Punjab and around the world were ecstatic to know that Anurag Kashyap’s Udta Punjab will be about the rampant drug problems in Punjab, however, now that the film is ready to release, the Central Board of Film Certification (CFBC) has suggested 89 cuts with virtually no reference to Punjab. It’s widespread knowledge that 27.7 million population of Punjab has 2.3 million Opioid dependant, 860,000 are Opioid users and 123,000 are heroin dependant and Punjabis spend more than Rs.2.5 Crore a day on drugs. Drug menace is a huge problem in rural and urban Punjab and drug rehabilitation centres are popping up in almost every major city in Punjab and yet the state and federal politicians are not willing to accept the reality. It’s against this background that the youth and the think tank of Punjab were hoping that Abhishek Chaubey directed Udta Punjab will highlight this major problem and create an awareness. With elections only 9 moths aways, the political parties like Akalis, BJP, Congress and AAP are certainly aligning themselves with different groups to get the maximum mileage, however, the general public is obviously very disappointed as much is expected from Shahid Kapoor, Alia Bhatt, Kareena Kapoor and Diljit Dosanjh starrer. While producers Anurag Kashyap and Ekta Kapoor of Balaji Pictures are ready to knock at every door, the Censor Board chairman Pahlaj Nihalani is dismissing all allegations and defending the cuts. Meanwhile, the Indian Film and Television Director’s Association comprising of stalwarts like Mahesh Bhatt, Mukesh Bhatt, Ashok Pandit, Imtiaz Ali, Sudhir Mishra, Satish Kaushik and Mohit Suri met in Mumbai with the entire cast of Udta Punjab, and passed a resolution criticizing the cuts and demanding the removal of CFBC chairman. With BJP and Akalis coalition in control in Punjab, the federal BJP leadership has conveniently chosen to remain silent but the widespread opposition to the draconian CFBC tactics is growing day by day and Amitabh Bachchan, Aamir Khan, Javed Akhtar and Zoya Akhtar are some of the other voices to criticise their ruling. Meanwhile, the Punjabis are sincerely hoping that better sense will prevail as Udta Punjab is slated to release all over the world on June 17th.

Johny Ala Re was Johny Lever’s first and also India’s first comedy show on Television and the very same Johny is now bringing his brand of humour with Johny Lever Live, India’s first stand-up comedy show with over 100 sold out performances across India, to North America. In what is his only appearance in Canada, Johny Lever, Jamie Lever and Gaurav Sharma are performing on Saturday, June 11th at 8pm at Vancouver’s HARD ROCK CASINO for the ‘First Indian Comedy Show’ at the prestigious venue. Johny Lever Live is packed with comedy, mimicry, singing and dancing and young and adult will all enjoy this unique performance which has already performed to packed audiences in Orlando, Miami, Chicago and Utah during their North American tour. The Saturday performance will be emceed by winner of BC’s Comedienne of the Year 2014 and 2015 and genuinely funny Ash Dhawan, who’s the popular South Asian in the comedy circle, and as always, the Shiamak Vancouver dancers will light up the stage before the start. The audiences will also be able to meet and greet Zara Soni Barring, Vancouver’s beautiful talent who has made a name as an actress in films and TV series and popular host of many shows, so all in all the Johny Lever Live will be a memorable event as the audiences will also the Nanak’s delicacies before the show and feel good as $ 1 from the sale of every ticket is going to BC Children’s Hospital. Tickets at $35,50,75 and 100 are available at Kamal’s Video Palace and www.ticketmaster.ca or call Kamal Sharma at (604)833-1977 for more information because Johny Ala Re!!! 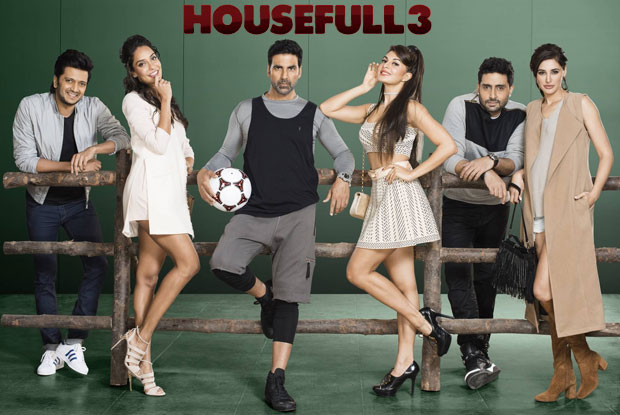 The critics may have thrashed it but as per my predictions, Housefull 3 had a bumpy start and though the film has already grossed Rs.100 Crore worldwide, it could very well become the Bollywood’s biggest comedy franchise of all time. With Akshay Kumar, Abhishek Bachchan, Riteish Deshmukh, Jacqueline Fernandez, Lisa Haydon, Nargis Fakhri and Jackie Shroff in lead roles, the film was expected to do well but the sheer magnitude has surprised and shocked many and the latest is that the makers have announced Housefull 4, so stay tuned!

With that it’s time to say good bye but not before reminding you all to watch this week’s Yaadein featuring Sunil Dutt Ji, whose fans celebrated his 86th b’day on June 6. Pictured here is Kamal Sharma interviewing Sunil Dutt during his last trip in 2004. Catch him this Saturday, June 12th at 1pm on Shaw Multicultural Channel 116! Ramzaan Mubarak!