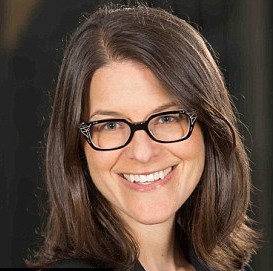 Washington, April 27 (IANS) Amid growing scrutiny of Hillary Clinton’s presidential campaign, the Clinton Foundation has admitted that the family philanthropy organisation made mistakes in how it disclosed its foreign donors.
Even as it claimed that its “donor disclosure and foreign government contributor policy is stronger than ever”, acting CEO Maura Pally in a blog post on Sunday said: “So yes, we made mistakes, as many organizations of our size do.”
“But we are acting quickly to remedy them, and have taken steps to ensure they don’t happen in the future,” she said, defending the work of the organisation founded by her husband and former president Bill Clinton in 2001.
“We are committed to operating the Foundation responsibly and effectively to continue the life-changing work that this philanthropy is doing every day,” Pally said.
Since the former secretary of state and first lady “decided to run for president, we have committed to disclosing all of our donors on a quarterly basis”, she said.
In addition, the foundation “will only accept funding from a handful of governments, many of whom the Foundation receives multi-year grants from, to continue the work they have long partnered on”.
Referring to the controversy over the foundation’s tax returns, she said “after a voluntary external review is completed”, it “will likely refile (tax) forms for some years”.
Asserting that it did not indicate “a failure to accurately report our total revenue”, Pally said: “Our total revenue was accurately reported on each year’s form — our error was that government grants were mistakenly combined with other donations.”
“Those same grants have always been properly listed and broken out and available for anyone to see on our audited financial statements, posted on our website,” she said.
Pally also described the foundation’s work with the Clinton Giustra Enterprise Partnership, which she said received funding from a separate organisation in Canada.
She said that partnership does not disclose its donors because under Canadian law they are not disclosed without prior permission from each donor.
“This is hardly an effort on our part to avoid transparency,” Pally said.
“As the Foundation’s impact has grown, so too has its commitment to transparency,” she said.
“When Hillary Clinton was appointed secretary of state, we took unprecedented steps to avoid potential conflicts of interest.”
It also established a policy around the foreign government contributions.
Hillary Clinton has in the past sought to dismiss questions about financial support for the foundation and allegations of undue influence as “distractions and attacks” by Republicans seeking to discredit her.