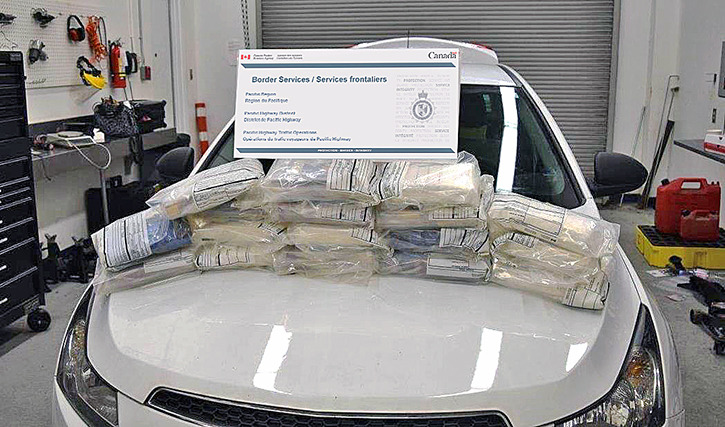 Pacific Border crossing: The Canada Border Services Agency is reporting is seized 17 bricks of suspected cocaine from a woman trying to drive from Washington State into Canada at the Pacific Highway crossing south of Vancouver.

The seizure occurred last October 23, but it was announced by the border services agency on Monday.

It says the suspected drugs, weighing nearly 17 kilograms, were found during a search of the woman’s car and she was detained, along with the drugs.

The release does not say what charges, if any, may be proceeding.