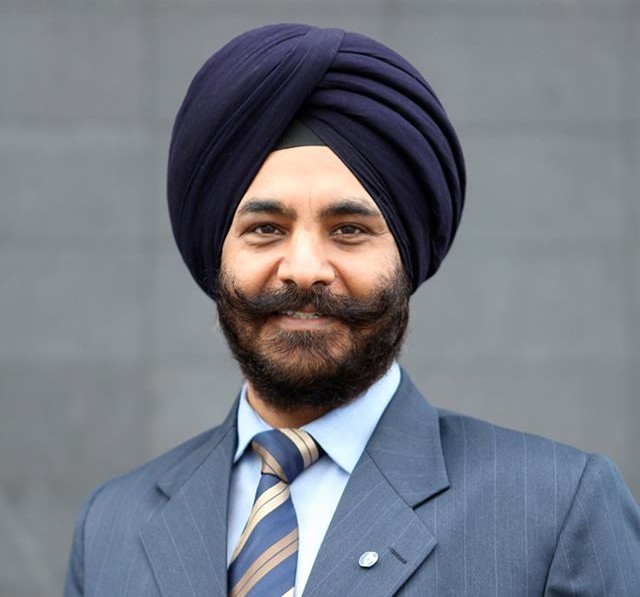 Opinion Editorial
Harpreet Singh, Conservative Candidate Surrey Newton
Increased shootings in Surrey have not only shook every resident but also brought to light how much more work is required to prevent and suppress such acts to happen in future.
We need to work with commitment to make our streets and communities safer. It can only happen if we adopt a pro active approach to this menace. It needs to be done by working for the victims rather than the criminals. Our government has brought much legislation that delivers tougher laws to crack down on criminals.  As a result tougher laws have been positioned to tackle: gun and gang crime, violent and repeat offenders, white collar crime, human smuggling, cybercrime and cyber bulling, identity theft, violence against seniors, sex offenders, terrorism and street racing, impaired driving and car theft.
The Safe Streets and Communities contains a number of measures to address concerns raised by victims of crime, law-enforcement officials and stakeholders, including: Bill C-39(Increasing Offender Accountability Act, enshrines a victim’s right to participate in parole hearings and address inmate accountability, responsibility and management under the Corrections and conditional Release Act), the Protecting Children from Sexual Predators Act( former Bill C-54), increases penalties for sexual offences against children, Sebastien’s Law( former Bill C-4), protects Canadians from violent and repeat young offenders and makes the protection of society a paramount consideration in the management of young offenders through the justice system, Eliminating Pardons for Serious Crimes Act ( former Bill C-23 B) which extend the ineligibility periods for applications for a record suspension( called ‘Pardon’) to five years of summary conviction offences and to 10 years for indictable offences. The ending House Arrest for Property and Other Serious crimes by Serious and Violent Offenders Act (former Bill C-16), eliminates the use of conditional sentences, or house arrest, for serious and violent crimes.
There are other bills that strengthen the foundations of building safer communities. Bill C-19, Street Racing came into force; Bill C-48, An Act to Amend the Criminal Code in Order to Implement the United Nations Convention against Corruption, Bill C-18, An Act to amend Certain Acts in relation to DNA Identification, Bill C-25, the Truth in Sentencing Act, which strictly limits the amount of credit granted for time served in custody prior to conviction and sentencing. Bill S-4, the Identity Theft and related Misconduct Act( provides police and courts with new ways to fight against identity theft and to support victims of this growing crime, Bill C-23 A, Limiting Pardons for Serious Crimes Act, which overhauled the system of pardons to ensure that the rights of victims and law-abiding Canadians are properly balanced with those of offenders, Bill S-9, Tackling Auto Theft and Property Crime Act, which cracked down on property crime including auto theft and trafficking  in property obtained by crime, Bill S-2, protecting Victims from Sex Offenders Act, which strengthened the National Sex offender Registry and National DNA DATA bank, Bill C-31, Ending Entitlement for Prisoners Act which precludes incarcerated persons from receiving Old Age Security benefits while maintaining entitlement to benefits for their spouses or common law partners; Bill C-48, the Ending Sentence discounts for Multiple Murders Act gives judges the authority to impose parole ineligibility periods for dangerous murderers; Bill C-2 the Fair and Efficient Criminal Trials Act. This will help ensure that so called “mega trials” large and complex cases involving illegal activities such as drug trafficking white-collar crime, terrorism, organized crime or gang-related activity, can be heard more swiftly and effectively.
The actions taken by the federal government and the actions to be taken are measures that focus on suppression, intervention and prevention of crime. We all know that when more than one agency or groups work towards crime annihilation, lack of coordination may happen. It thus becomes crucial for the leadership to guide the agencies in their roles and responsibilities in responding to crime issues. I believe in strengthening the right processes in place by removing the barriers faced by these agencies tackling crime and working towards building new models to ensure success of crime free community.
Stephen Harper’s Government is committed to the safety and security of law-abiding Canadian families. Since taking office, we have worked to keep our streets and communities safer by keeping dangerous criminals behind bars. At the same time, we recognize that there are those who, while at risk, still have time to make the right choice and stay away from a serious life of crime.
For those youth who are at risk, the Harper Government has been working to deliver the kind of action that will help them choose to stay on the right side of the law.
The Harper Government is helping to prevent youth involved in or at risk of being involved in a life of gang related activities spiral into a life of crime, working to educate youth against drug use, as well as give options for  those who genuinely want help with addiction, in addition to cracking down at drug criminals at the source, helping provide at-risk youth with the skills and support to make choices that will keep them on the right side of the law
Today, as a result of Harper Government action, many more youth who were at-risk of becoming serious offenders are instead becoming meaningfully and responsibly involved in their local communities as law abiding citizens.
While the government is doing it’s part well, we as a community need to come forward starting from our homes to have a better understanding with our youth to keep them away from gangs and drugs. I assure that with your support, I will leave no stone unturned to keep our streets safe. Let’s work towards making a safer community!