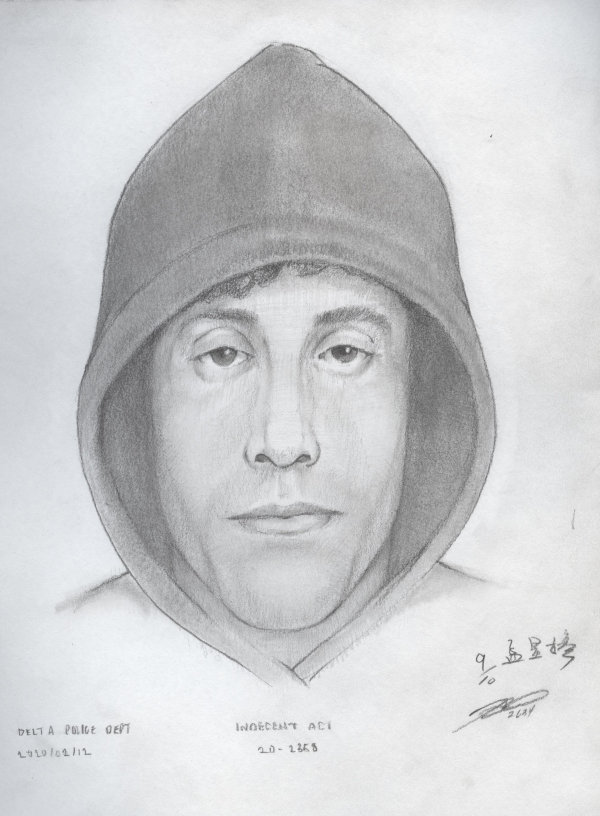 Delta: Police are issuing a composite sketch of the suspect from a January 31, 2020 incident in North Delta Park.

The public was advised in early February that an indecent act had occurred in the park via a press release and police social media accounts.

The woman yelled out to alert people nearby, and the man ran off. Unfortunately the woman did not have a cell phone on her, and there was a time delay of approximately two hours before police were notified. Police attended and patrolled the area, but did not find anyone matching the description of the suspect.

Since that time police have taken a number of investigative steps, and are now going back to the public with a sketch of the suspect.

“Anyone who recognizes the individual based on this sketch, or who thinks they may have more information for police is asked to contact the Delta Police Department Sex Crimes Unit at 604-946-4411 and cite file 20-5528,” says Cris Leykauf, spokesperson for Delta Police.