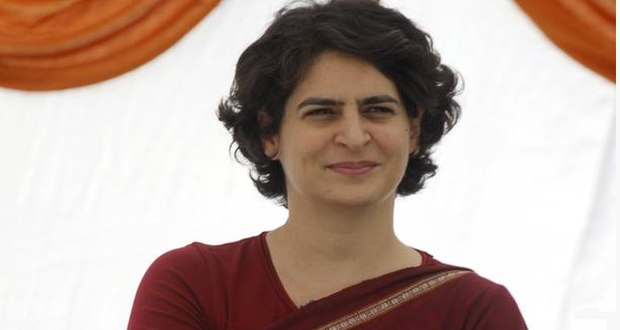 Lucknow: With the name of Priyanka Gandhi Vadra featuring in the list of 40 “star campaigners” released by the Congress on Tuesday, she is all set to campaign for the party candidates in Uttar Pradesh state assembly elections.

Party sources also said that the theme for joint campaign of the Congress and the Samajwadi Party will be “Apne UP Ke Ladke”.

This is first time that Priyanka will be electioneering in the state, beyond the family fiefdoms of Amethi and Rae Bareli, where she has canvassed for her mother and brother Rahul Gandhi in the past.

Only a few days back, Priyanka successfully stitched up an alliance with the ruling SP in the state. The Congress got 105 seats and the SP 298.

She will be campaigning in Amethi, Rae Bareli, Chandauli, Ghaziabad and Saharanpur.

The Congress on Monday said the party workers want Priyanka Gandhi Vadra to play a “larger role” in politics.

“Congress workers are desirous of her playing a larger role in the party. There is a huge amount of support for her which is obvious. When her role is decided, you’ll be informed,” Congress spokesperson Ajoy Kumar had said on Monday.