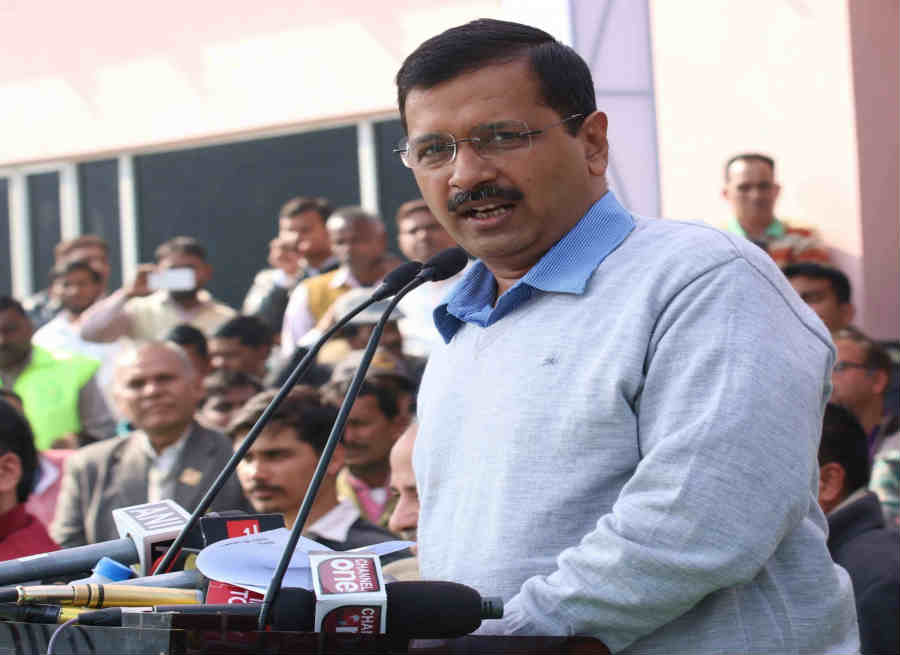 New Delhi: Aam Aadmi Party (AAP) chief Arvind Kejriwal on Friday said his party needed to ally with the Congress in Haryana, not in Delhi, for the Lok Sabha elections in order to defeat the BJP.

Asserting that the Bharatiya Janata Party (BJP) was “undoubtedly strong”, Kejriwal said that it can be defeated in Haryana if the Congress, Jannayak Janata Party (JJP) and AAP came together in the state.

“There is no need for the Congress in Delhi. We can win all seven seats in Delhi without Congress support. We (AAP) need Congress support in Haryana. If JJM, Congress and AAP join hands, BJP can be defeated on 10 seats in Haryana,” Kejriwal told NDTV during an election rally.

He said the BJP can be defeated in 12 seats — 10 in Haryana and one each in Chandigarh and South Goa.

What if the JJP and Congress do not ally with the AAP?

Kejriwal reiterated: “BJP will not win any of the 12 seats if AAP fights alone on the two seats in Chandigarh and South Goa and if there is an alliance with JJP, Congress and AAP in Haryana’s 10 seats.”

Asked about his opinion on Congress President Rahul Gandhi, the AAP leader said: “One should not think about oneself and one’s party. We should think about the country. The country is passing through a very critical situation.”