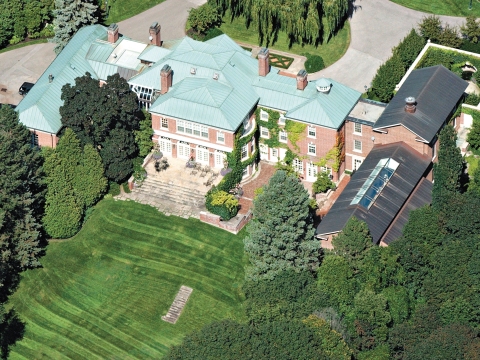 Toronto: Former media mogul Conrad Black sold his Toronto mansion for $5 million below asking, according to a real estate listing.

According to the Multiple Listings Service (MLS), which tracks real estate sales, the home was sold for $16.5 million on March 21. It was originally listed at $21.8 million.

Black and his wife, Barbara Amiel-Black, plan on continuing to live in the home, which was sold as part of a lease-back deal.

The 23,000 square-foot property was first listed through an auctioneer but the process was cancelled when an offer came in at the last minute. The estate at 26 Park Lane Circle was originally built by Black’s father, George Montegu Black, and had been in the family for 65 years.

At one time Black controlled Toronto-based Hollinger International, once one of the world’s largest English-language newspaper empires whose flagship publications included the Daily Telegraph, the Chicago Sun-Times, the Jerusalem Post and the National Post.