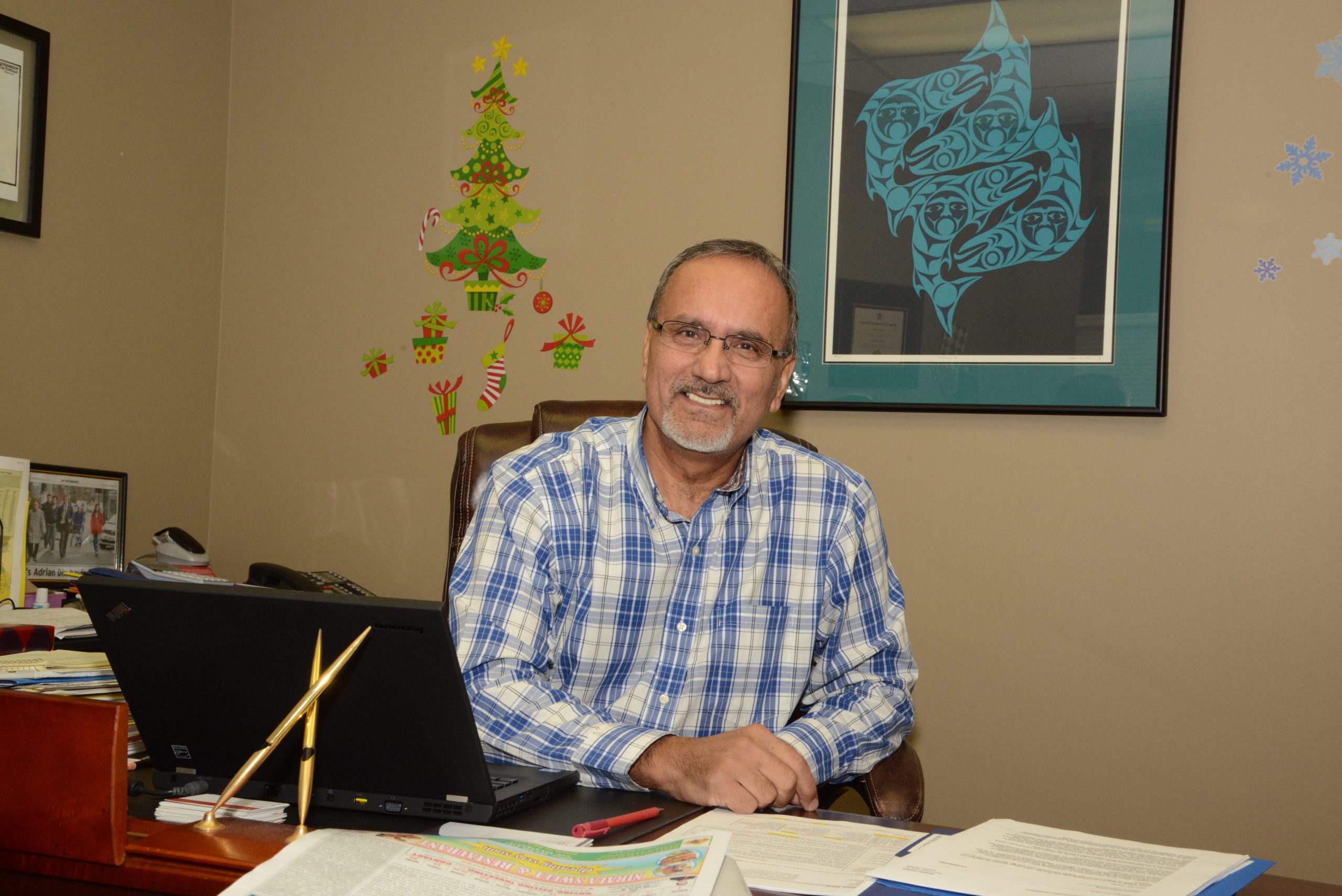 The Asian Journal will be conducting a series of interviews with the Members of the Legislature for the south Fraser constituencies, to step back from their wider provincial perspectives and have them focus on the issues of their own constituencies.

In this first report, we focus on Newton MLA Harry Bains.

“What I hear, on a regular basis, is concern over crime in our neighbourhoods,” declared Bains. “Different people will talk about statistics and whether or not crime is going up or down, but in Newton, crime has gone up. This is despite the very high profile murders here including Judy Pascal the hockey mom, and commitment by the authorities to put a task force together to increase attention and resources. The crime rates have gone up comparing last year’s first quarter to this year’s first quarter. Assaults and business break-ins, I think, are drastically up. The worst part is that people have stopped reporting and I think that is a very dangerous phenomenon because if crimes aren’t reported, people on authority will think crime is not there.”

“Every summer I set up my office in the parks and school grounds in the riding and I hear about the drug deals going on when the kids are walking by to go to school, and they’re also seeing some prostitution in the area, and many times it’s unchecked, said Bains. “The police will take a phone number and that’s about it. Yet when I talk to the police officers on the street they clearly tell me they do not have the resources to respond to those types of calls.”

In her inaugural speech, Mayor Linda Hepner reiterated her commitment to supplement the 30 new RCMP officers for Surrey with an additional 100 members. A great start, according to Bains who also speaks of a need for resources beyond this.

“More police isn’t the solution for dealing with the mental health issues, and repeat offenders need to be dealt with in special courts like they have in Vancouver,” he said. “Hopefully the new council is able to get the province to come to the table with them. About a year ago when Vancouver raised the issue of mental health, the Minister met with them and provided a cheque for $20 million to help put a plan together. Surrey has just as big a problem, so we need to develop a plan here as well. Vancouver got a community court, and the then Attorney General, Wally Oppal, promised me, in the legislature, that after Vancouver Surrey will be next. As Dianne Watts used to say, we have the infrastructure in place, we have everything in place and all we need is for the provincial government to agree to implement it.”

“A few weeks ago when I was called to a meeting in Tynehead – not even my riding – where on a cul-de-sac of thirty-one homes, there had been 14 break-ins, as well as a home invasion in the previous six months. It’s a serious issue and the politicians and law enforcement better start dealing with this now before it gets even further out of hand. Darryl Plecas came around with that blue ribbon committee but so far nothing has been done.”

“That’s one thing I’m looking for in 2015, that there will be some change in attitudes and in actions so people in their neighbourhoods can at least feel safe,” said the MLA.

Bains said that as Surrey is the second largest city in the province, soon to be the largest, it should have some clout with the provincial government. “We have more complexities than Vancouver in many ways, given our demographic: the largest youth population, a rapidly growing senior population, and probably the most diverse ethnic population in BC. If we don’t deal with it the right way, and right now, we will be dealing with it forever. My constituents tell me that if they don’t feel safe in their own communities, then nothing else matters.