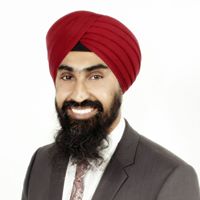 Brampton: At Wednesday’s Committee of Council meeting, Brampton City Council approved the naming of the new library at 10705 Bramalea Road as ‘Springdale Library’, and its park as “Komagata Maru Park’. The Komagata Maru was a ship that departed from Hong Kong in May of 1914, transporting immigrants, largely from the Punjab region of India, to Canada. The ship was met by Canadian officials at the Port of Vancouver, and denied entry due to Canada’s then-racist immigration laws. The passengers were refused food and water, and eventually sent back, where many were met with death by the British Army. The theme of the new library and park will revolve around the broader story of multiculturalism and immigration to Canada, becoming a ‘cultural hub’ for groups across the city. Inside, the library will feature an electronic display board highlighting local events, as well as telling the story of the Komagata Maru. Councillor Gurpreet Dhillon, who initiated the naming idea, thanked his Council colleagues. “The Komagata Maru incident is widely recognized as a tragic event in our country’s immigration history,” said Councillor Dhillon. “Reflecting on the incident serves to highlight today’s Canada as a beacon of light for people across the world.” “The park is named in honour of all immigrants, their respective struggles and triumphs, and their contributions to the beautiful mosaic that is Canada.” As the 150th anniversary of Confederation is being celebrated in 2017, Councillor Dhillon also noted the significance of the timing, as well the importance to Brampton‘s diverse population. In May of 2016, Prime Minister Justin Trudeau officially apologized for Canada’s role in the incident. The official opening is expected later this year.