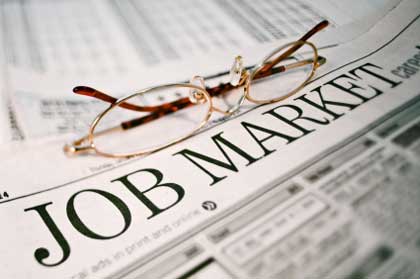 Victoria: In the worst employment market in decades, job hunters need to prepare for what will inevitably be a video interview, say employers and job market experts who suggest there are opportunities out there.
Statistics Canada reported more than one million Canadians lost their jobs at the onset of the COVID-19 crisis in March, which is eight times worse than the previous one-month record during the financial meltdown in January 2009.
Statistics Canada says the unemployment rate jumped 2.2 percentage points to 7.8 per cent in March, the highest since October 2010. April’s unemployment numbers are due within days.
But it’s not all doom and gloom, says Jessica Hodgson, human resources director at Later, a visual marketing platform in Vancouver with more than two million users.
“There are jobs to be had,” she said in a telephone interview. “The tech sector for sure is well positioned to handle this. There are also industries where they’re looking for more people. Anybody that’s involved in shipping, logistics, supply chain manufacturing, those people are still operating and still expect to be operational.”
Hodgson acknowledged the struggles of many companies. She said her company had 1,500 job applications in March for about 15 openings, but that number increased to 3,500 in April.
Hodgson said after conducting numerous video job interviews on Zoom with potential candidates she’s come up with a preparation sheet. Many companies, including Later, are working remotely, she said, adding that conducting meetings and interviews online will not end with the pandemic.
Hodgson said her top tips for a successful Zoom job interview include letting the people where you live know that you will be on an important call to prevent distractions; turning off other devices that use a wireless network to minimize the chances of a choppy signal; and trying to schedule interviews in the morning because Wi-Fi signals are stronger earlier in the day.
Setting up a professional looking space that is well lit and uncluttered are a must for a Zoom interview, as is dressing properly.
“Looking sharp, looking presentable, making sure your hair is straight, your clothes are straight, will go a long way to not just looking presentable but also making you feel like you are absolutely in an interview and not just in your home,” Hodgson said.
Jason Kipps, managing director of employer-branding firm Universum Canada, said his most recent data shows almost 50 per cent of companies are reporting decreases in hiring due to COVID-19, but the door on new employees has not slammed shut.
Almost 70 per cent of companies offered potential new employees deferred start dates rather than rescinding jobs offers as was the practice during the 2008 global financial crisis.
“What we’re not seeing is a lot of those companies saying, ‘We’re not going to be hiring after all,’ ” Kipps said in a telephone interview from Orangeville, Ont.
He said companies that are hiring and will be hiring soon are looking for people who can thrive in various conditions and can quickly adapt to a virtual team environment.
“I think about candidates succeeding in this market and it’s those candidates who are able to demonstrate their self-management skills,” said Kipps.
Companies that demonstrate loyalty and empathy to employees during the pandemic stand better chances of strong returns to the market once the turmoil subsides, he said.
“That’s what employees are going to remember through this is how they were treated throughout this whole crisis.”
Catherine Holt, chief executive officer at the Greater Victoria Chamber of Commerce, said the pandemic has decimated the city’s tourism and hospitality sectors, but she’s surprised at the number of available jobs being posted by employers.
“I’ve been saying it’s a strange experience where it’s almost like two parallel economies going on side by side,” she said in a telephone interview. “We’ve had about 200 jobs posted just since the distancing measures and the direction from the province to work from home. It’s a fascinating array of jobs.”
Holt said there are postings for obvious jobs at grocery stores, pharmacies, seniors’ homes and for health services, but employers are also looking for cooks, trucker drivers, mechanics, cleaners and sales people in electronics, building and garden supplies.
“I don’t think it’s top of mind when everyone’s hearing so much about the layoffs,” she said.

The Canadian Press
By Dirk Meissner