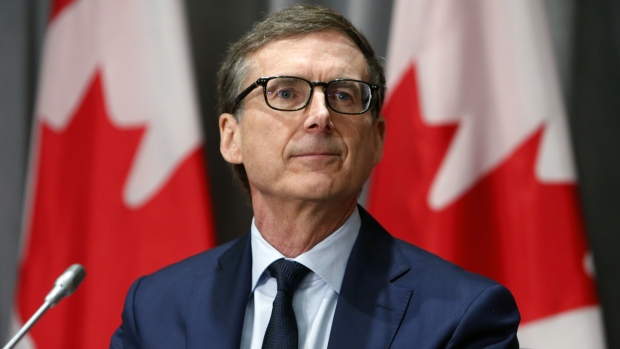 Ottawa: Canada’s top central banker says there will be long-term economic damage from the COVID-19 pandemic as the country charts a “prolonged and bumpy” course to recovery.

In his first speech as governor, Tiff Macklem says the central bank expects to see growth in the third quarter of this year as people are called back to work and households resume some of their normal activities as restrictions ease.

But he warns that Canadians shouldn’t expect the short and sharp economic bounce-back expected over the coming months to last.

The combination of uneven reopenings across provinces and industries, the unknown course of consumer confidence, and unemployment rates will “likely inflict some lasting damage to demand and supply,” Macklem says in a speech Monday.

He said ongoing physical distancing rules may mean workplaces can’t be as productive as they once were, adding that many services will remain difficult to deliver.

The combination suggests the economy’s productive capacity will take a hit that will persist even as public health restrictions ease, Macklem says in a webcast speech to Canadian Clubs.

“The recovery will likely be prolonged and bumpy, with the potential for setbacks along the way,” he said in a prepared text of his speech released by the bank.

Macklem said the COVID-19 pandemic has created an economic shock unlike anything seen in our lifetimes. Entire sectors of the economy have shuttered, more than three million people lost their jobs through April and even more had their hours slashed.

“As the economy reopens, we should see very strong job growth. We should also see some pent-up demand giving a boost to spending,” Macklem said in his speech.

“But not everyone’s job will come back, and uncertainty will linger.”

The central bank’s response to the pandemic has been a drop to its policy interest rate to 0.25 per cent, which Macklem says is as low as it will go.

The Bank of Canada has also launched a purchasing program of bonds and government debt to help markets function and make borrowing cheaper for households and businesses.

Such purchases, known as quantitative easing, also send a signal that the bank’s key rate “is likely to remain low for a long period,” he said.

For the Bank of Canada, the impact of structurally low interest rates and the scale of the shock are having what Macklem said is “a profound impact” on the inflation-rate target.

The central bank targets an annual inflation rate of two per cent as measured by Statistics Canada’s consumer price index.

The basket of goods used to form the index has been shaken by a shift in consumer spending habits during the pandemic. People are spending less on gasoline, which usually receives a heavier weight in calculating inflation, as its price has plunged and the frequency of car travel has dropped. Spending is also down on travel, while grocery spending is up.

Last week, Statistics Canada reported the annual pace of inflation was -0.4 per cent in May, marking the second consecutive month for negative annual inflation after a reading of -0.2 per cent in April.

Macklem said the Bank of Canada will provide “a central planning scenario for output and inflation” and related risks when it releases an updated monetary policy report next month.

“If, as we expect, supply is restored more quickly than demand, this could lead to a large gap between the two, putting a lot of downward pressure on inflation,” Macklem said.

“Our main concern is to avoid a persistent drop in inflation by helping Canadians get back to work.”