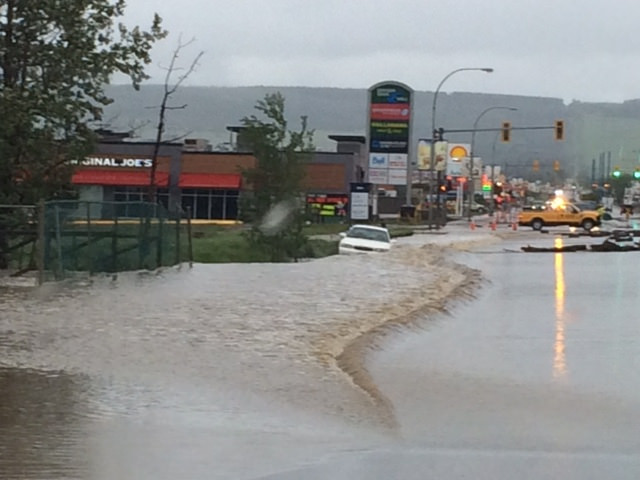 “Construction crews and heavy equipment are working day and night to rebuild sections of highways and roads that were severely damaged by massive flooding in Northern B.C.

“Thanks to the tireless work of ministry staff, maintenance contract personnel and volunteers, progress is being made to re-open affected areas to traffic as soon as possible. Over 178 pieces of equipment are actively repairing the damage and more are on the way. Up to 16 pieces of heavy equipment are working at the major construction sites with ministry engineers and construction experts making sure all roads are rebuilt to ensure the safety of the travelling public.

“We have managed to provide access for ministry crews and contractors south of Hasler so we can bring supplies to local residents affected by the flooding. Highway 2 in Dawson Creek is now open to two lanes with traffic control and crews working hard to restore the highway to four lanes by next week.

“Of the 38 side roads affected, 20 are now open to a minimum of single-lane alternating traffic. The total number of repair sites is just over 130, all primarily in the South Peace area, 58 on numbered roads and 73 on various side roads.

“I would like to thank our municipal partners and First Nations for their assistance through this unexpected challenge and I’m grateful to the public for their continued patience as we move forward with this important work.”