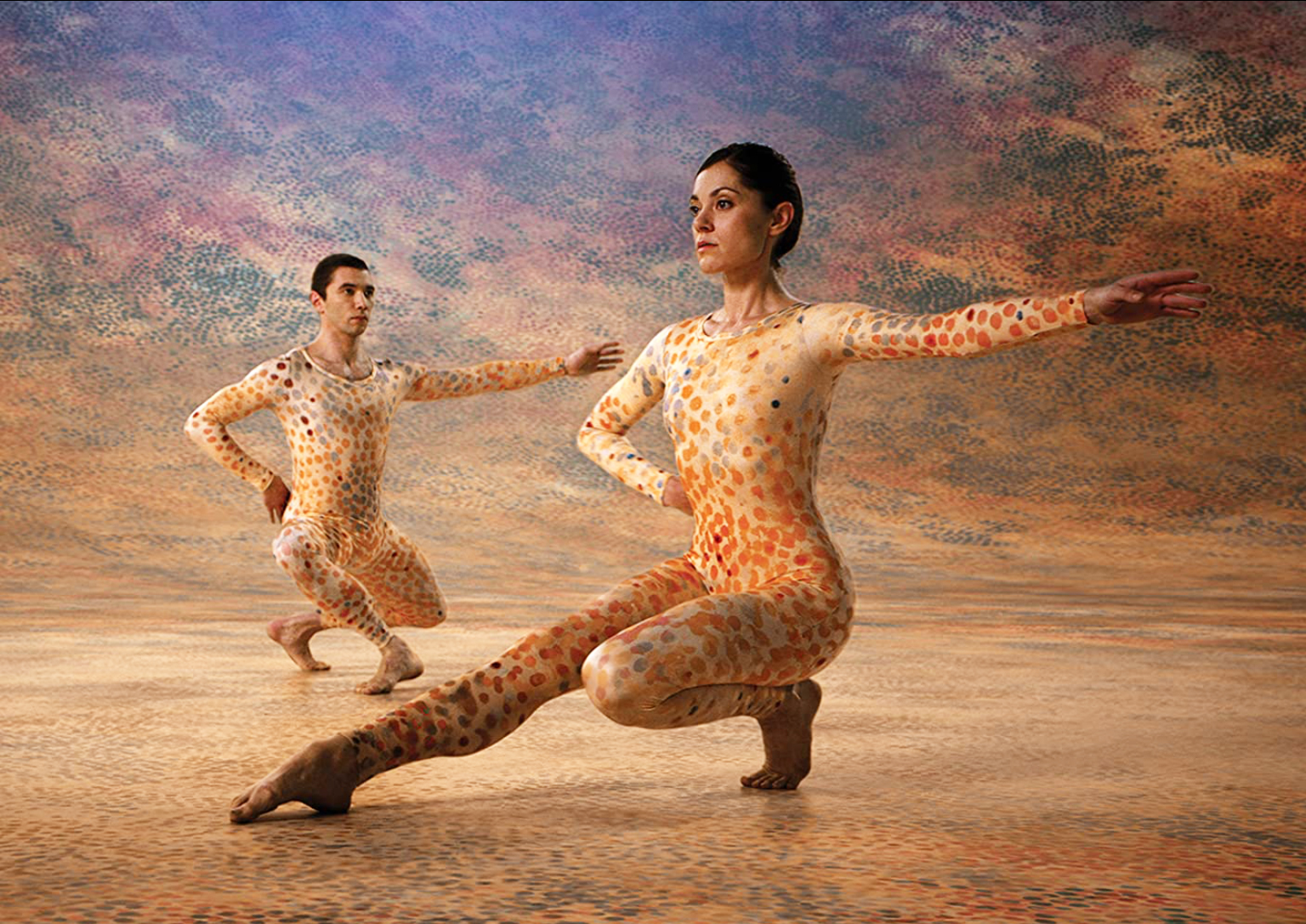 A nice thing about movies is that you can learn. It’s not all about superheroes, car chases or sheer entertaining. Documentaries perform a valuable function of informing, engaging and opening eyes. Enter the fabulous world of dance with Cunningham. Not to be confused with the once upon a time noted British Columbian drug store chair or Ron Howard’s famous Ritchie character our current movie explores the wondrous life of famed New York choreographer Merce Cunningham. Presented by Mongrel Media this insightful story is now available on DVD.
Old black and white photos and film clips show how one determined man broke all sorts of barriers to create a dance company that became not only the talk of the town but that of the nation. And then they went global. Not bad for a man who started from scratch and began to make waves in all sorts of circles.
Where this documentary excels is its examination of actual dance routines experimented with and perfected by its determined leader and visionary. Set to music composed by original Seattle born collaborator John Cage we get up close and personal with the man behind a new dance movement. Bold and innovative are these beautifully choreographed dance numbers performed at first by a very closely knit family or artists.  Back in those early days of the 5Os and 60s it’s fascinating to see the road trips this new New York troop set out on across America. Playing at first to small university crowds and various festivals eventually things caught on  and the rest, as they say, is history.
Ready for the world Merce’s unique blend of movement and passion was a hit with the avant-garde set attracting the attention and respect of people like cultural icon Andy Warhol. Hands-on was what our magical maestro of movement was all about. Attention to detail was a cornerstone to the success including painstakingly made costumes fit for each routine, Together with his dancers they created magic with fresh, innovative and bold routines that set the world on fire.
This 1h 33m documentary is a must for fans of dance. Different strokes for different folks perhaps best sums up the ups and downs of this creative genius. While audiences In France simply did not get “it” those in England were wowed away.
Dare to dream was in this man’s DNA and Cunningham is a fitting treatment to a one of a kind artist that truly helped put the world of dance on Centre stage.