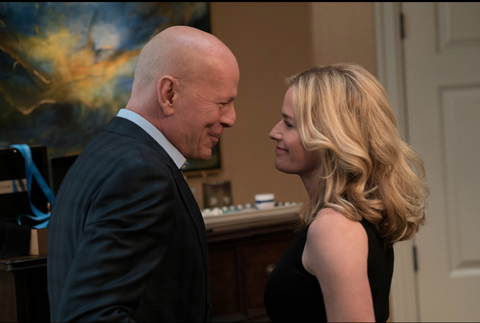 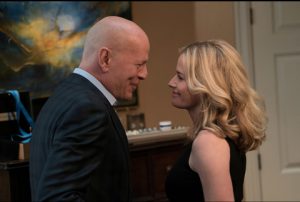 Timing is everything. Despite the connotations with tragedies south of the border Death Wish makes its point. Horror maestro Eli Roth (Tourist) turns his sights to crime in the big city in this big starred drama from E.One Entertainment and MGM now gunning for your entertainment dollars at Cineplex The Tres around B.C.

Fiction imitates reality as the Windy City is experience a crime way with the police seemingly helpless to stop the carnage. Today Chicago is facing a crime wave that Mayor and former Obama Chief of Staff Rahm Immanuel have been unable to stop. So, it’s no surprise that the filmmakers for Death Wish chose this city as its home base. And who better for a surgeon who comes into daily contact with the street violence to see the effects of this block war first hand.

Respected by all noted surgeon Dr. Paul Kersey seems to have the ideal life and lifestyle that most envy. Tough guy Bruce Willis (Die Hard) initially dials down the macho moves. Things turn decidedly different when the good physician suffers his own indignity when an attack occurs in his home and hid family.

Down but not out and with the perpetrators of this unprovoked attack and unspeakable act in the loose it doesn’t take long for our man of cure to become a conduit for pain as a new brand of street justice invades Chicago.

Smart and stylish with effective back-up performances by Elizabeth Shue and Vincent D’Onofrio help keep Death Wish on an evil keel. Not quite as fresh or exciting as the Charles Bronson head-Turner this new chapter is still timely and relevant in a new era of urban decay and morass.