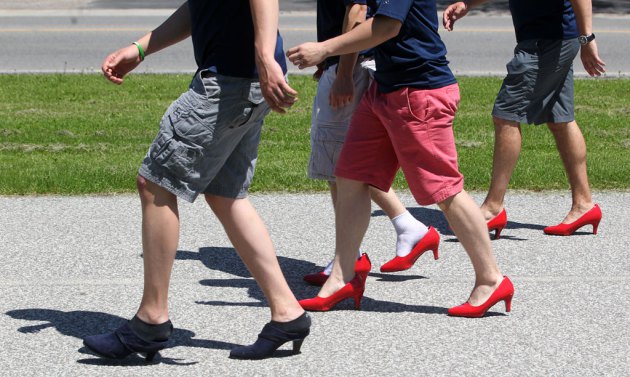 New Delhi, July 27 (IANS) Men here are all set to walk in heels to raise their voice for gender equality.
“Walk India in Her Shoes”, organised by shoe designer Swati Modo and Platonist Production, will be held on August 7 here.
The event includes activities like “Heelathon” and a ramp show with live performance of upcoming singer Suhail Zargar.
“We initiated a cause called #walkindiainhershoes to raise voice for gender equality which is not only a woman’s right but a basic human right. We believe this is the most effective tool to bring development to our nation,” Swati Mehrotra, founder and head, Swati Modo footwear, said in a statement.
“Walk India in Her Shoes” is an activity focussing on the daily life of the woman of today and men will be seen living a usual day but in heels.