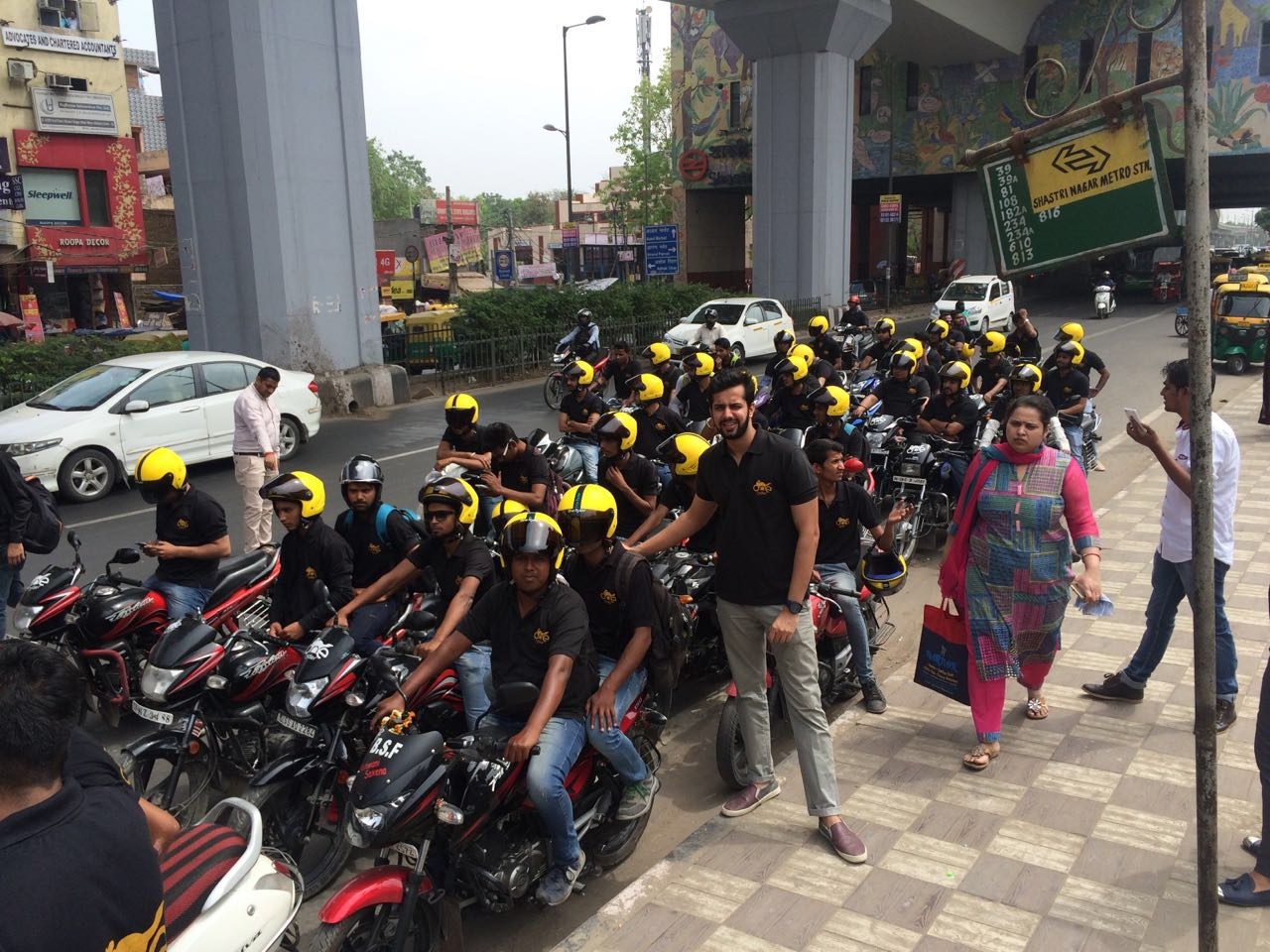 New Delhi, April 13 (IANS) At a time when residents of Delhi are hoping for a workable solution for the next phase of “odd-even” car rule from April 15, the newly introduced bike taxis may well provide a breather.

After gaining popularity in Goa, Bengaluru, Mumbai and Gurgaon, bike taxis have made their debut in the national capital as well. Available for tariff as low as Rs.5 per km, they are emerging as the most convenient short-distance travel option for students and office-goers alike.

“In cities like Delhi and Bangalore, commuting is a major issue due to a dearth of proper public transport. Additionally, last mile connectivity is an issue especially on a regulated basis,” said Divya Kalia, co-founder of Bikxie,

“As rickshaws and autos are not part of any regulated market they charge customers a lot. Most of them do not ply with the meter,” Kalia, whose company runs its services in Gurgaon, told IANS.

Bike-taxis, or motorcycle taxi service, have proved a popular and feasible mode of transportation in places like Brazil, China, Indonesia, Thailand and Vietnam. It is considered to be cheaper and more convenient for small distance routes.

“I first got the idea of launching a bike taxi service when I visited Thailand a few years ago. Today, OneRyder has become a reality with over 70 riders on-board for our launch in Delhi. The target is 200 more will join by the April-end,” said Rahul Gupta, the company’s founder.

Gupta obviously expects a spike in users during the odd-even days in April.

OneRyder, a startup, launched its service in Delhi on April 5. Aimed at providing efficient, last mile connectivity and smart transportation solutions, the bike-taxi service is planning to spread itself to the Delhi NCR region in the next few months and to major metro cities in about a year.

“Ahead of the second phase of odd-even scheme, we have come up with eco-friendly bike taxis for that last-mile connectivity problem. Since the launch, we are doing 150-200 rides everyday on an average with a fleet of 20 bikes,” Karan Chadha, promoter of Promto, told IANS.

The two-wheeler electric bike-taxi service, which currently runs only from the Rajiv Chowk Metro station, is planning to open in four more locations within Delhi and add 60-80 bikes every month. It is also targeting to get another 30 bikes for the odd-even week, Chadha said.

Some of the other players around the capital include RideJi, UberMoto and Baxi. But some major issues still remain unresolved. Will such bikes need different number plates? Must these bikers be given a different category of licence? Will they have to pay commercial tax rates?

For the moment, however, the stakeholders IANS spoke to said since all two-wheelers are exempted from the odd-even policy, during which cars can ply on odd-or-even days depending on the last digit of their registration, bike-taxis will certainly prove to be a convenient option.