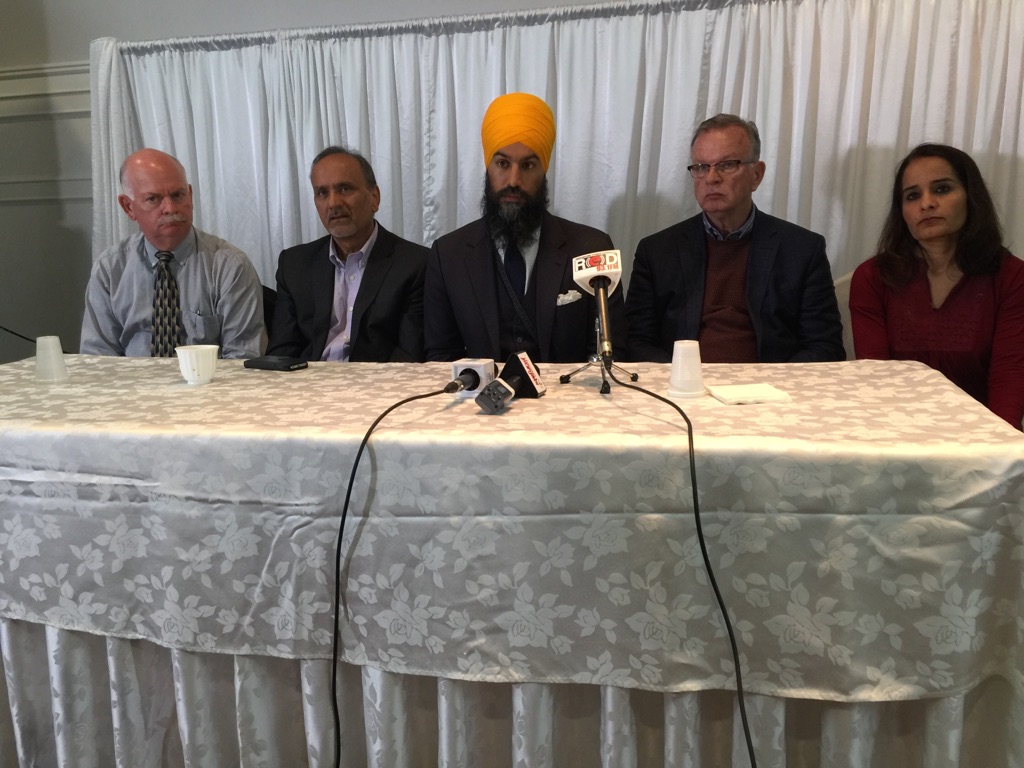 Surrey- Deputy Leader of the Ontario NDP Jagmeet Singh joined Surrey and Delta candidates on the campaign trail this week as part of the NDP’s final stage of the BC election.  Singh and NDP candidates also held a media session after two days of Singh’s campaign work.

“It is exciting to join my BC friends and to meet so many people in Surrey and North Delta.  Clearly, there are a lot of people here who really feel strongly about the need for change after so many years of Christy Clark and the Liberals’ 16 years in government.  It seems like Clark and the Liberals have moved away from the concerns of most families and the small businesses.” Said Singh.

“I have been door knocking and visiting shops with Garry Begg, Ravi Kahlon, Rachna Singh, Jinny Sims, Jagrup Brar, and Harry Bains.  It has been  a great experience to be with such respected people. At the same time, I am seeing a lot of people here who are upset and they want the NDP in power to address problems and bring the solutions,” said Singh.

“The families I met are very concerned about the bridge tolls, the need for the second hospital, the School yard portables, and the housing issues.  So many talked about the rising costs of items such as Hydro, ICBC and Medical Services Premiums (MSP) and Christy Clark’s talk of a new HST tax.  Overall, there is a strong feeling that Clark and the Liberals are now serving only the people at the very top and have left behind too many working and middle class families,” said Singh.

“I also want to say how proud I am of John Horgan and the BC NDP for their commitment to a strong Human rights Commission.  Under Clark and the Liberals, BC is the only province in Canada without a Human Rights Commission.  I am looking forward to an NDP victory that can right that wrong and again advance human rights for all in BC,” said Singh.