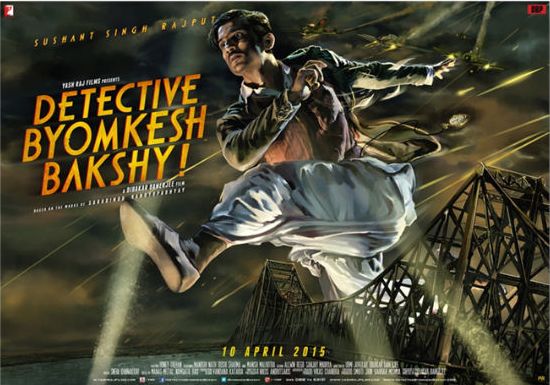 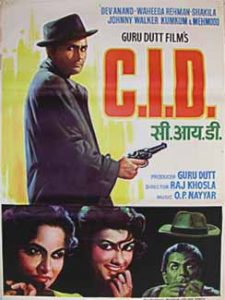 Detectives haven’t been very successful in Bollywood and time and time again, many directors tried their very best to introduce loveable sleuths, but except a few, most of them fell flat and disappeared in oblivion. Perhaps the very first instance was when Raj Khosla directed Guru Dutt Production’s C.I.D. (1956) with Dev Anand excelling as the secret agent with Shakila as his heroine and introducing Waheeda Rehman as the gangster moll. The film was a huge hit and Raj Khosla went on to make a few more sleuth films like 12 o’clock, Solva Saal & Baat Ek Raat Ki. Bollywood produced two films in 1958 with detectives in main lead with Mala Sinha and Pradeep Kumar in & as DETECTIVE (1958) while Ashok Kumar was seen with Madhu Bala in Shakti Samanta’s HOWRAH BRIDGE (1958), and both of them did very well at the box-office. Perhaps the most successful sleuth has been Dev Anand as he excelled in films like JEWEL THIEF (1967), MAHAL (1968) & JOHNY MERA NAAM (1970) amongst many. Jeetendra in Ravi Nagaich’s FARZ (1967), Dharmendra in Ramanand Sagar’s AANKHEN (1968), Rajendra Kumar in DHARTI (1968) & SHATRANJ (1968), Biswajeet in JAAL & NIGHT IN LONDON and Feroze Khan in C.I.D.909 (1968) are some other examples of heroes as sleuths or detectives or secret agents. Rajshri Production’s AGENT VINOD (1979) introduced Mahendra Sandhu as the secret agent and though the film bombed, Mahendra Sandhu was appreciated a lot and years after, Saif Ali Khan reprised the same role in his own home production AGENT VINOD (2012), though sadly with the same results. Shahrukh Khan’s BAADSHAH & Sanjay Dutt’s INSPECTOR CHATUR SINGH as the bumbling detectives were outright rejected while Amitabh Bachchan’s THE GREAT GAMBLER (1979), Salman Khan’s WANTED (2009) & EK THA TIGER (2012) and Akshay Kumar’s MR.BOND & recently released BABY (2015) made an impression and did well at the box-office. Yes, many heroes made impression as detectives or secret agents and it’s also safe to say that many failed miserably and it’s against this backdrop that DIBAKAR BANNERJI, one of the most admired young director with impressive credentials like KHOSLA KA GHOSLA, OYE LUCKY LUCKY OYE, LUV, SEX AUR DHOKHA & SHANGHAI, has made DETECTIVE BYOMKESH BAKSHY, which is based on popular Bengali legendary sleuth BYOMKESH. Featuring SUSHANT SINGH RAJPUT as Detective Byomkesh Bakshy, the legendary sleuth has been brought in many Bengali films over the years and from Uttam Kumar to Sujoy Ghosh, many have portrayed the loveable character but no one ever attempted on such a large canvas and with favourable reports, it seems that Dibakar has a winner in hand. It has already been announced that the makers will go for a sequel if the film does well, and with everything pointing to that, everyone is rooting for the success because that will indicate if the Detectives will stay in Bollywood or not!
Amitabh Bachchan takes Egypt by storm!!! 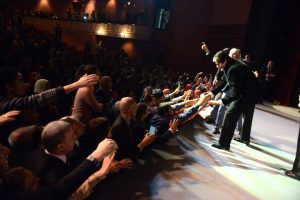 Amitabh Bachchan headed the ambitious exhibition ‘India by the Nile’ and the Egyptians responded in large numbers as they followed Amitabh everywhere. From the pyramids to the civic reception and the awarding of honorary doctorate to Amitabh Bachchan, Egyptians were everywhere and reminded Mr. Bachchan of the same euphoria that he received on his last trip to Cairo in 1991. The ever growing popularity of Bollywood in the Middle East & Africa was supported by tens of thousands of Egyptians, who came out inspite of simmering tensions after the Arab Spring, and clearly proves that Bollywood and Amitabh Bachchan in particular, are well liked by all in Egypt! 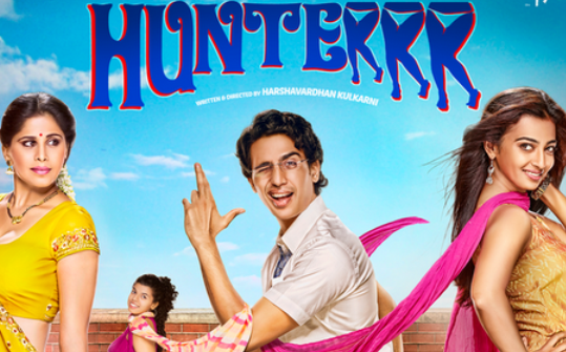 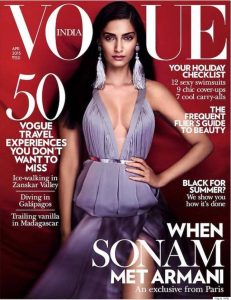 Sex sells in India and the phenomenal response to sex-comedy Hunterrr proves that. From double meaning dialogues of Masti to Sunny Leone’s films, the sex-starved Indians accept them gleefully and their good performance at the box-office fuels more such films and HUNTERRR is one amongst them. Made at a modest budget, the film has already recovered its money and the makers are looking for another crazy script for sex-deprived Indians! SONAM KAPOOR’S baring on the April issue of VOGUE cover has taken India by storm; KATRINA KAIF is the seventh Indian to have a wax statue at Madame Tussaud’s wax museum in London after AMITABH BACHCHAN (2000), AISHWARYA RAI BACHCHAN (2004), SHAHRUKH KHAN (2007), SALMAN KHAN (2008), HRITHIK ROSHAN (2011), MADHURI DIXIT (2012) & KAREENA KAPOOR (2014);the much appreciated SAHIBZAADE, India’s most successful Punjabi animation film ever, has released on DVD ; and with that, it’s time to say goodbye but not before reminding you all to watch the conclusion of the ‘Tragedy Queen’ MEENA KUMARI on this week’s YAADEIN on Sunday, April 5th @ 1 PM on SMC # 116!