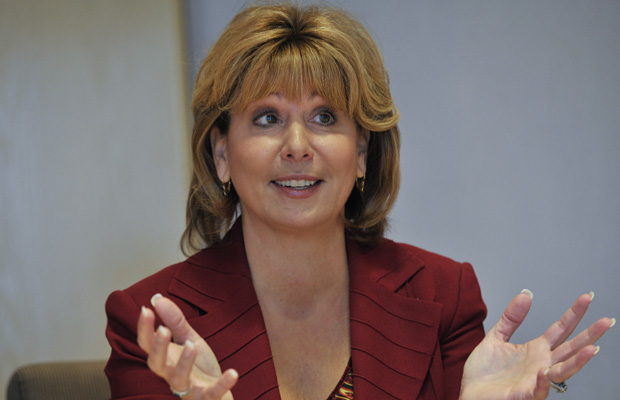 Surrey, BC:  Dianne Watts announced her intention to run for the leader of the BC Liberal Party.

“After much consideration, I have decided to seek the leadership of the BC Liberal Party. I have served in public office as a city councillor, mayor and Member of Parliament, and I believe that I can bring a much-needed new vision and common sense approach to the BC Liberal party,” Watts said.

Watts announced her intention to seek the leadership at an afternoon rally of supporters in Surrey.

“We must re-unite people from across this province and across the political spectrum for one common goal, to take our province back from an unstable coalition government,” Watts told the crowd.

“Today – we embark upon a journey together,” said Watts. “A journey to create a new vision for British Columbia.”

Watts spoke of priorities that include forestry and resource and energy sector jobs; ensuring affordability for families; strengthening the partnership between the provincial government and BC’s cities and communities; addressing the opioid crisis; and improving support to emergency service providers in order to important prioritize patient care and the need to address transportation issues.

“I am seeking the leadership of the BC Liberal Party because I believe the time is now for a common-sense approach for this party and for this province.”