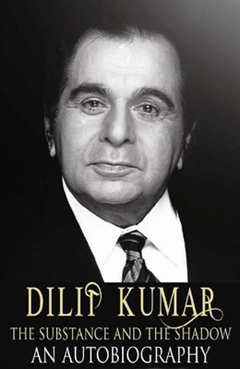 An authentic, heartfelt and compelling narrative – straight from the horses’ mouth – that reveals for the first time numerous unknown aspects of the life and times of one of the greatest legends of all time who stands out as a symbol of secular India.

Dilip Kumar (born as Yousuf Khan), who began as a diffident novice in Hindi cinema in the early 1940s, went on to attain the pinnacle of stardom within a short time. He came up with spellbinding performances in one hit film after another – in his almost six-decade-long career – on the basis of his innovative capability, determination, hard work and never-say-die attitude.
In this unique autobiographical book, Dilip Kumar traces his journey right from his birth to the present. In the process, he candidly recounts his interactions and relationships with a wide variety of people not only from his family and the film fraternity but also from other walks of life, including politicians. While seeking to set the record straight, as he feels that a lot of what has been written about him so far is full of distortions and misinformation, he narrates, in graphic detail, how he got married to Saira Banu, which reads like a fairy tale! This voluminous book has an informative foreword by Dilip Saheb’s wife, Saira Banu, and is divided in to twenty five chapters. A filmography and a list of awards is attached at the end. The most interesting chapter: reminiscences by very popular Bollyood stars are also appended to this book. Many rare photographs of yesteryears have been included in this volume.

Reviewed By: Dr. Rajwant Singh Chilana
Associate Professor Emeritus (University of Illinois, USA)
To find out more about these books write to Dr. Chilana at info@indiabookworld.ca