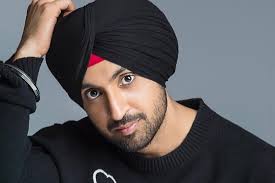 Mumbai: Punjabi singer-actor Diljit Dosanjh will take the stage at the IIFA Rocks event, which will be a prelude to the star-studded award ceremony of the International Indian Film Academy (IIFA) festival to be held in New York in July. He is excited about his gig.

Diljit, who has featured in Bollywood films like “Udta Punjab” and “Phillauri”, will be a part of the IIFA experience for the second time. This year, he will kickstart the IIFA Rocks, a musical night.

He hopes it’s a “magical experience”.

The star line-up at IIFA Rocks — to be held at the iconic Metlife Stadium on July 14 — will include performances by the Oscar winning A.R. Rahman along with Benny Dayal, Javed Ali, Neeti Mohan, Jonita Gandhi and Haricharan Seshadri among others.

It is for the second time that the IIFA celebrations are happening in the US. It was once held in Tampa Bay.