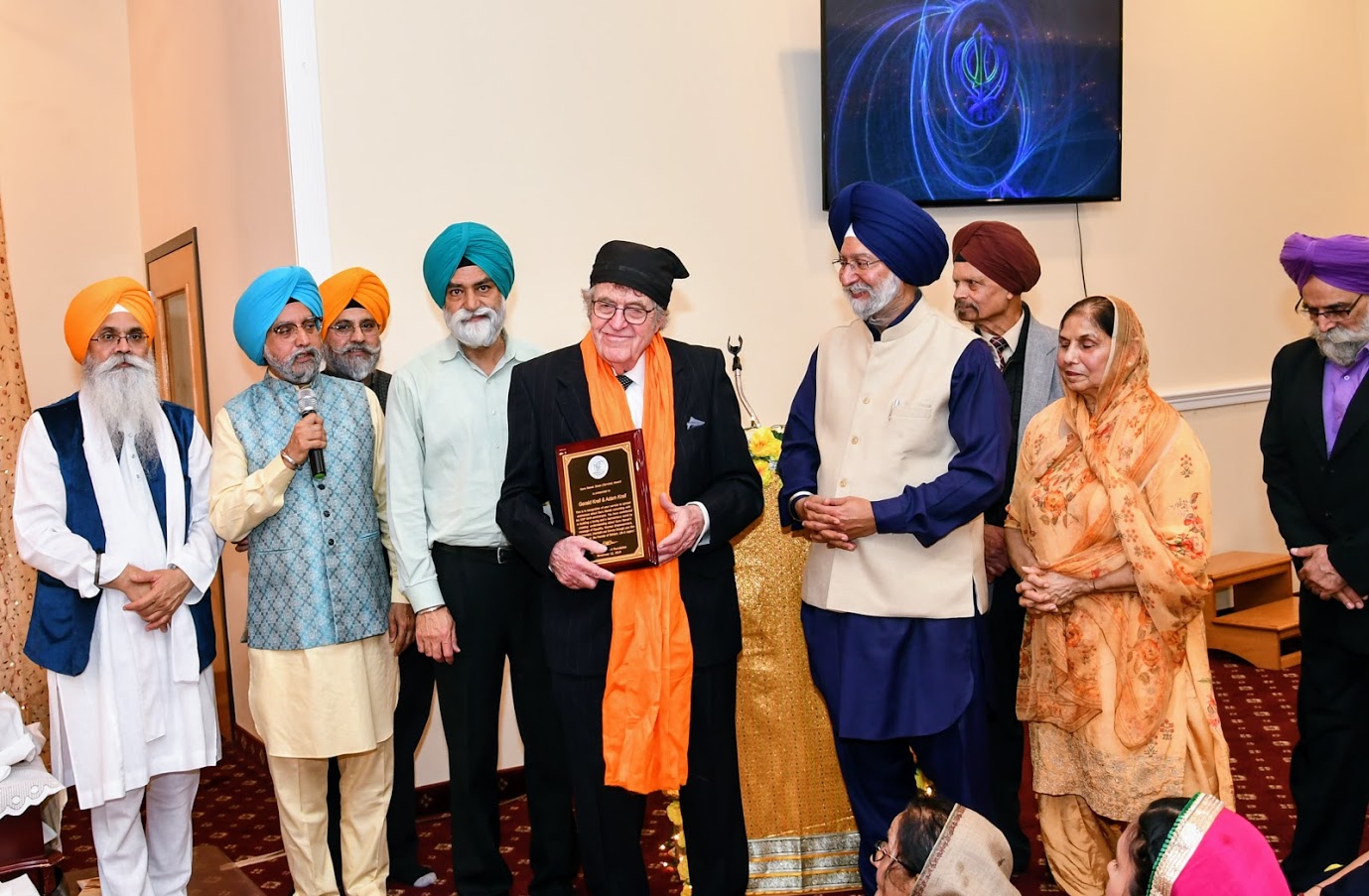 Washington: Gerald Krell and Adam Krell, Directors of Guru Nanak Documentary were honored at Guru Gobind Singh Foundation (GGSF) on Wednesday during the celebrations of the 550th birth-anniversary of Guru Nanak. This is the first ever documentary on Guru Nanak, the founder of Sikhism, which is scheduled for premier screening at the prestigious National Press Club in Washington on November 20. 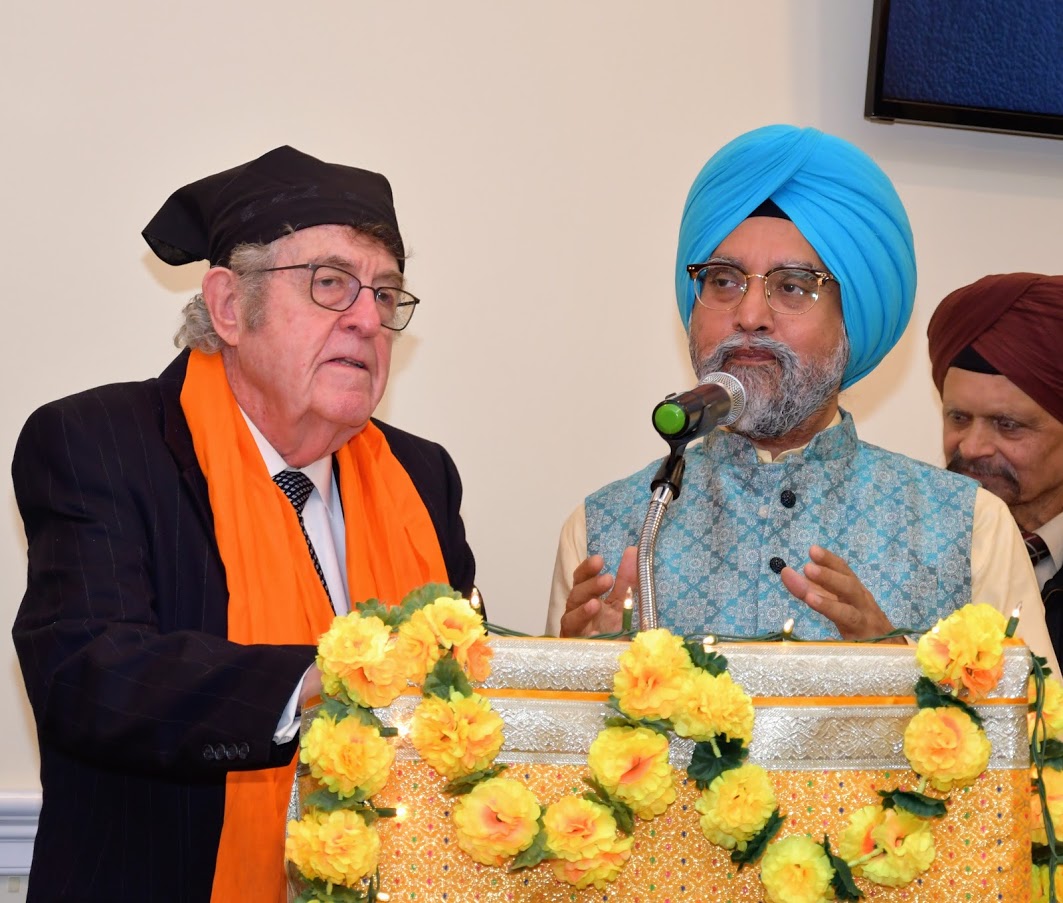 In a packed hall of 500 Sikh community members, Gerald Krell, was given the Guru Nanak Service Award 2019 by GGSF. Gerald Krell also won the best director award at the Los Angeles Awareness Film Festival last month and there were over 50 films from all over the world featured at this festival.

Gerald Krell, while receiving the award, became emotional and said, “I feel privileged to work on this film and it was a great learning experience for me and my team. We feel that the world need to know about Guru Nanak who was ahead of his times. The documentary will serve as a worldwide educational outreach catalyst for community, dialogue and interfaith understanding.”

Sarabjit Singh Sidhu, Chairman of GGSF, gave a plaque and said, “Guru Nanak’s message is healing to the world and can bring people together. We felt that this film will play a role of creating bonds among communities and that is a great service to humanity. They deserve this award.”

Dr. Rajwant Singh, secretary of GGSF and co-founder of the National Sikh Campaign, said, “There is total ignorance about Guru Nanak and his contributions. This documentary will inform Americans and rest of the world about his great legacy. The narration is focused on the key message of Guru Nanak’s teachings which will also resonate with people all over the world.”

Film directors Jerry Krell and Adam Krell of Auteur Productions along with prominent religious leaders and authors will be present at this opening screening in Washington. There will also be a panel discussion on the documentary and also on the historical role of Guru Nanak.

PBS will facilitate the showing of this documentary on 200 TV stations all over America in coming months as Sikhs are celebrating the 550th birth anniversary of the founder of Sikhism. Besides narrating Guru Nanak’s history and key points of Guru Nanak’s teachings, the documentary features such prominent Sikh luminaries ranging from Grammy nominee Snatam Kaur, to the first Sikh mayor in the United States, Mayor Ravi Bhalla of Hoboken New Jersey to show how his positive legacy continues.

National Sikh Campaign (NSC) helped support this project and many Sikhs from USA and other parts of the world have contributed.

Auteur Productions has made many documentaries on world religions and on health and they had traveled to India and Pakistan to shoot the original footage of Gurdwaras related to Guru Nanak.