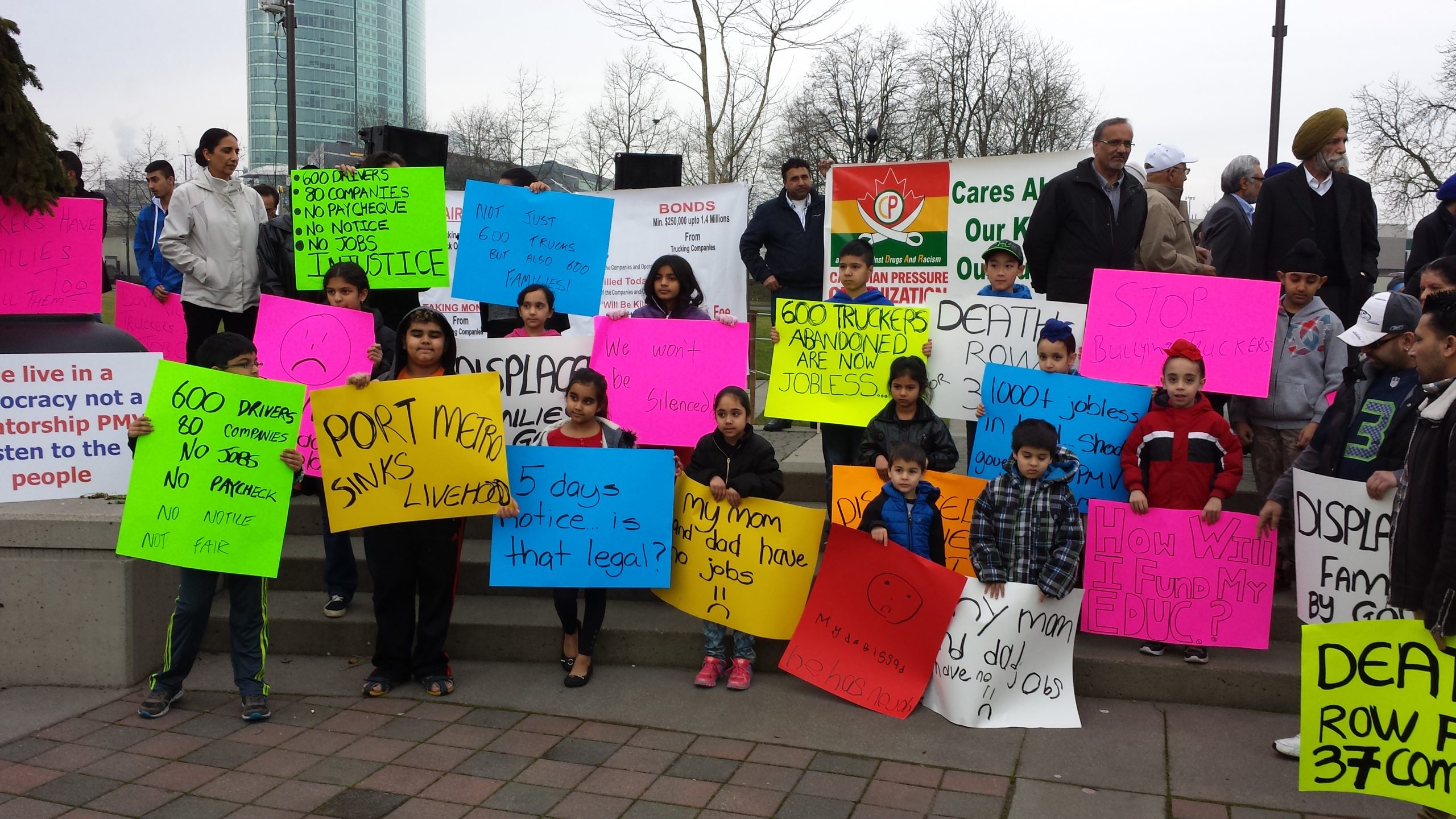 Surrey: It’s been a difficult week for many of the owners and drivers for the companies that lost access to Port Metro Vancouver on February 1.  Many have protested the abrupt changes that left some 68 companies, around 600 drivers and hundreds more support people, unemployed and out of business.

Public protests have included truck convoys through the city, and information pickets along Delta Port Way and a rally at Hollande Park in Surrey. Behind the scene, members of the United Truckers Association of BC (UTA) have been meeting to plan further strategies while company owners have been meeting lawyers in an effort to pursue legal action over Port Metro Vancouver’s decision to implement their new licensing program. 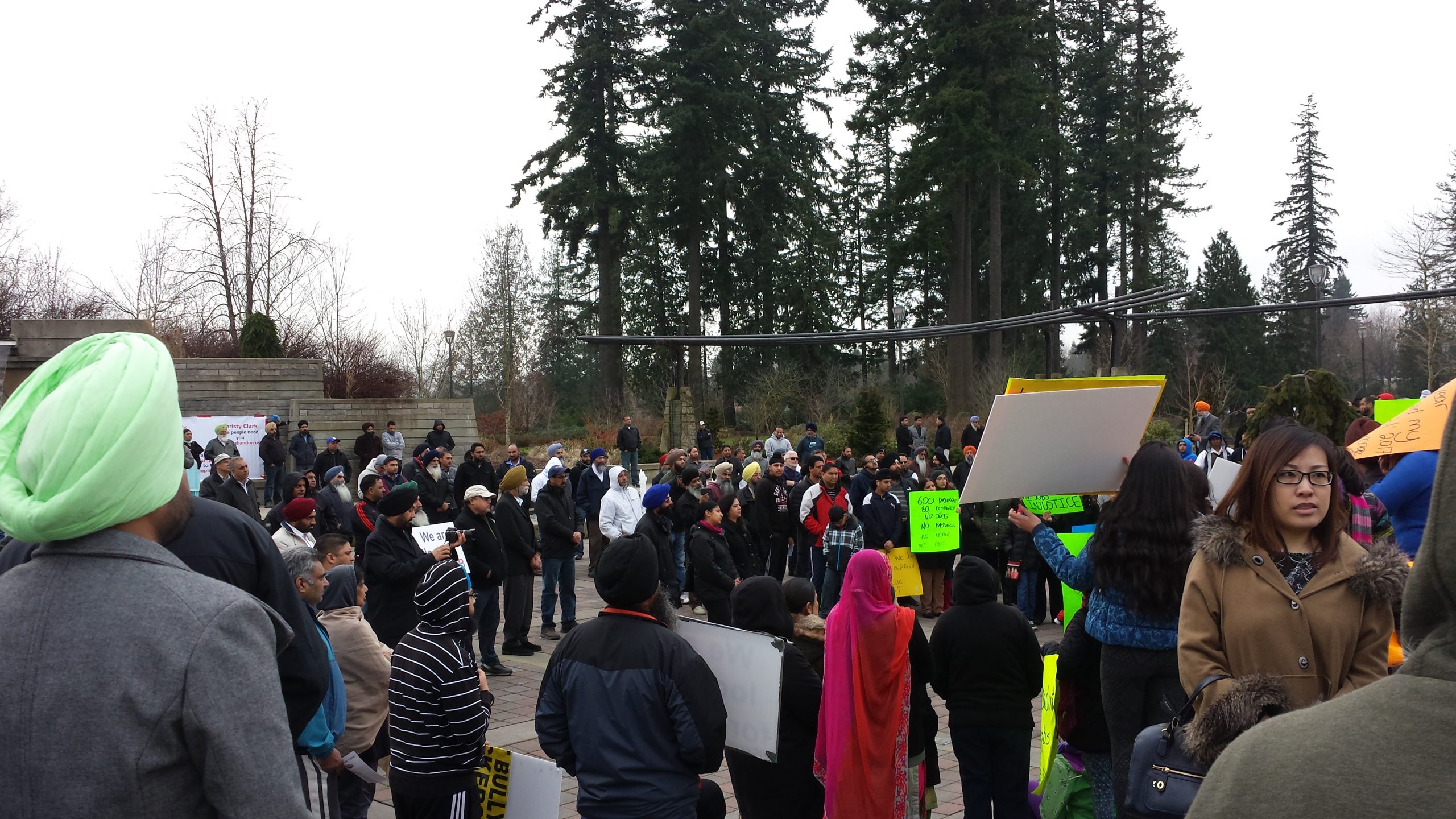 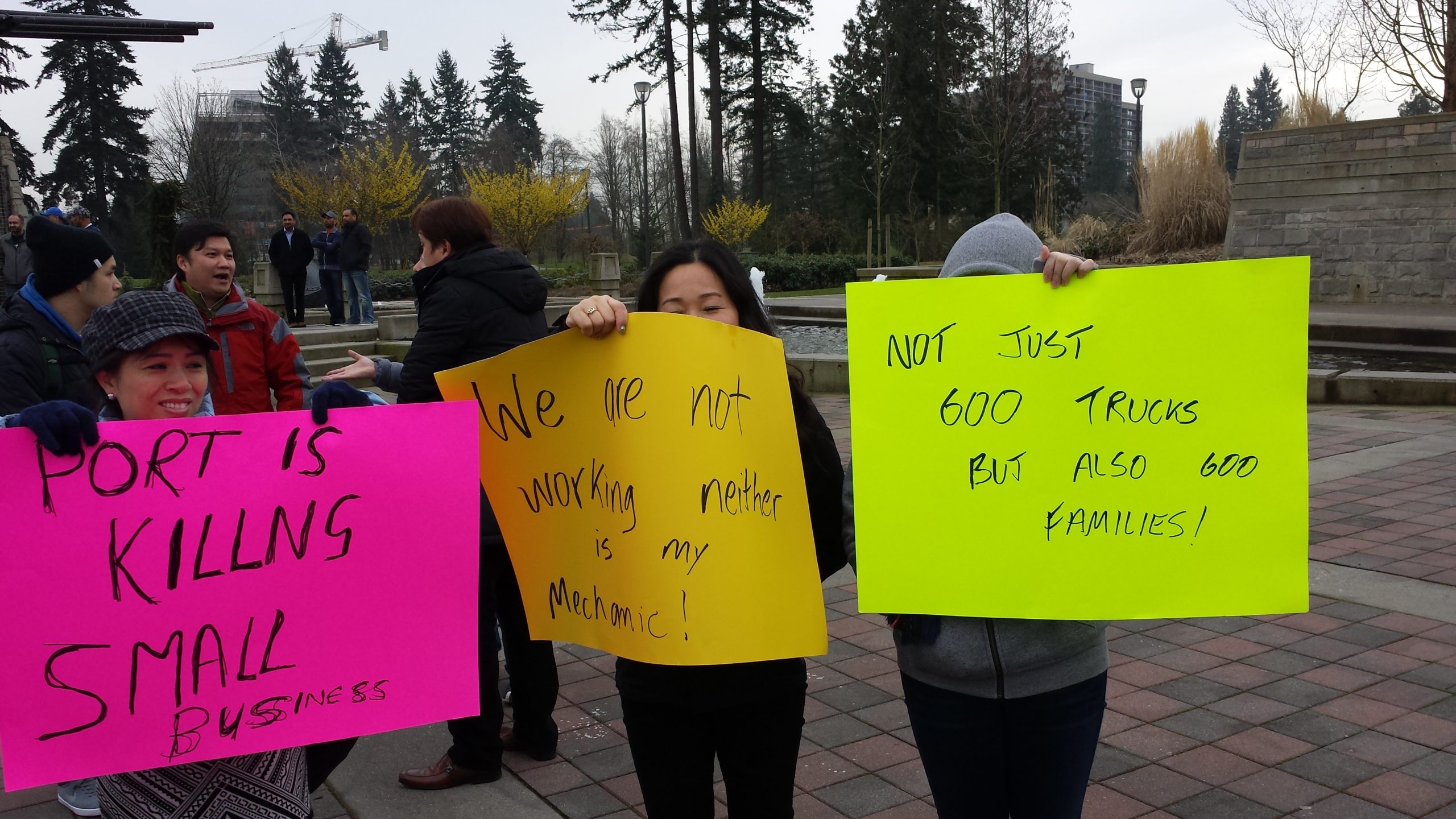 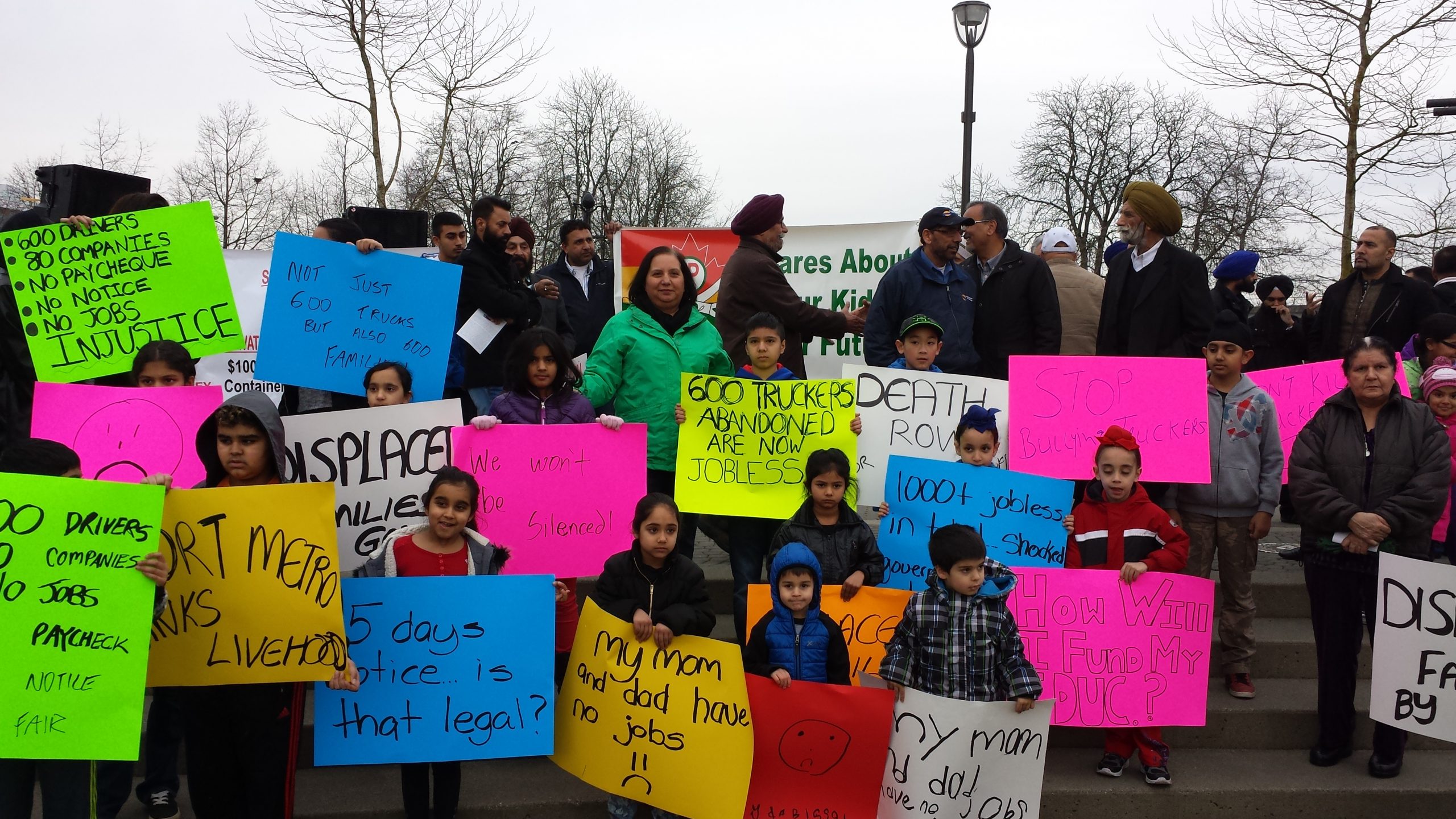 Conversations with drivers and spokespeople in the UTA have not been able to provide any substantial information as to next steps in the dispute.

“I don’t know what to tell you,” said Harry Sandhar, a driver with disqualified Sahir Trucking. “The owners are still meeting with their lawyers and we have to wait for further developments ourselves.”  Michelle Mann, a dispatcher with a disqualified company and spouse of a denied driver, when contacted, also said that there was nothing substantive to report,.

The UTA held a rally at the Vancouver Art Gallery on Friday at 11:30 am in an attempt to further publicize their plight.