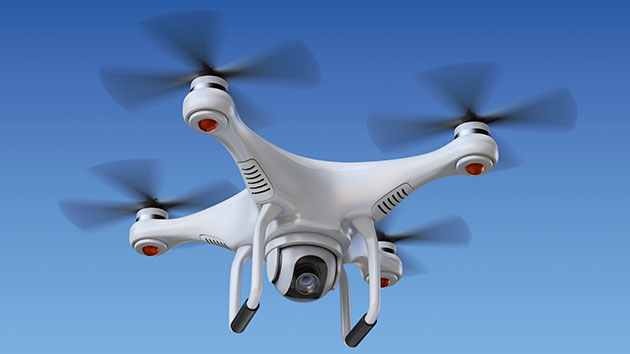 Jaen (Spain), Sep 3 (IANS/EFE) Research, aerial pesticide application, surveillance, wildfire monitoring, advertising, radio and television and agriculture are some of the applications that drones have contributed to in the past five years.

Francisco Mesas, an engineer of geodesy and cartography at the University of Cordoba, explained to EFE the “staggering” developments in this field.

Mesas has been working since 2012 with a multi-disciplinary group of professionals who investigate new technologies and tools applied to various disciplines.

“Interest in this type of technology has exponentially increased since 2012,” Mesas told EFE, adding that not only development of these platforms was astonishing, whether rotocrafts or fixed wing designs, but also the types of sensors these platforms can be equipped with.

Perhaps the most interesting aspect that aroused the curiosity of the group was the use of “thermo graphic sensors, multi-spectral, or conventional cameras” in diverse applications, such as determination of crop water stress, detection of harmful weeds, providing support and assistance in forests, flight altitude determination, civil engineering for calculating earthwork and highways as well as heritage and archaeology.

The State Aviation Safety Agency, or EASA, has registered more than 500 drone flight operators in Spain, mostly related to photography, audiovisuals or research.

There are fairly restrictive legislations that do not allow everyone to operate remotely piloted aircrafts, while there are also limitations regarding areas in which drones are allowed to go operational.

Drones are forbidden in inhabited areas, cities or gatherings in open areas, such as parks, beaches and soccer fields.

Also, there are several requirements to be fulfilled by those interested in flying these aircrafts, including knowledge of aerial theories necessary to obtain a pilot’s license, as well as providing a medical certificate proving one’s ability to operate a drone.

A study conducted by the Economic and Commercial Office of the embassy of Spain in London indicates that the market value of civilian unmanned aerial vehicles worldwide has reached $500 million in 2014, and is expected to rise to $2.2 billion in 2018.

The team’s maintenance engineer, Daniel Verdu said that the value of each aircraft differs according to its dimensions and constituents, starting from 2000 euros ($2,200), while he noted that there are already small drones with a price tag of 30 euros to 40 euros (around $33 to $44).

Mesas concluded by stressing that he was confident this technology has a promising future, due to the continuous evolution of sensors in the coming years.