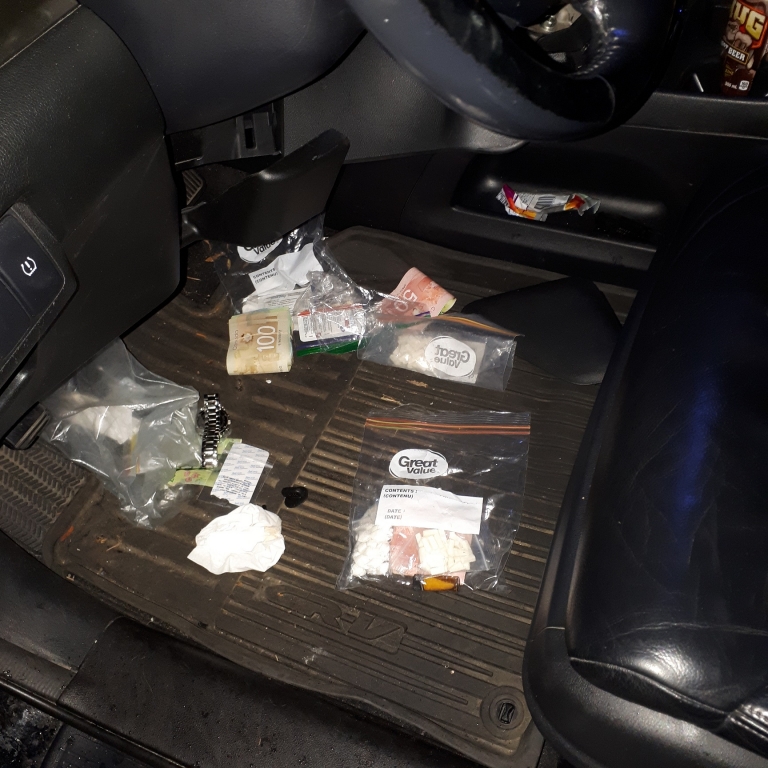 Delta: A two-month investigation into street sales of crystal methamphetamine in Delta has now wrapped up. In total, Delta Police arrested eight individuals and seized drugs, a vehicle and cash, in what was dubbed Project Screaming Eagle.

On November 27, the Delta Police Patrol Support Team, with assistance from the Lower Mainland District Emergency Response Team, executed a search warrant in the 12,000 block of 84th Ave in Surrey.  Seven individuals were arrested in connection to the search warrant.

The investigation began when Patrol Support Team officers in the area on proactive patrols noticed a trend of activity consistent with drug trafficking. The team was created to allow officers time to do more in depth investigations, of which this is a good example.

“Our investigators recovered suspected crystal methamphetamine, cash, and evidence associated to drug trafficking at the scene,” says Cris Leykauf, spokesperson for Delta Police. “While officers were on scene a nearby business owner came over and thanked them for their efforts, noting the residence has been problematic.”

In addition to the search warrant Patrol Support Team officers arrested another individual in the same area on October 18, in connection to Project Screaming Eagle. This resulted in the seizure of a vehicle believed to be used for drug dealing, approximately $3,000 cash, and $7,000 worth of street level drugs including suspected crack cocaine and fentanyl.

Delta Police anticipates forwarding a number of charges to Crown Counsel for review in relation to this investigation.