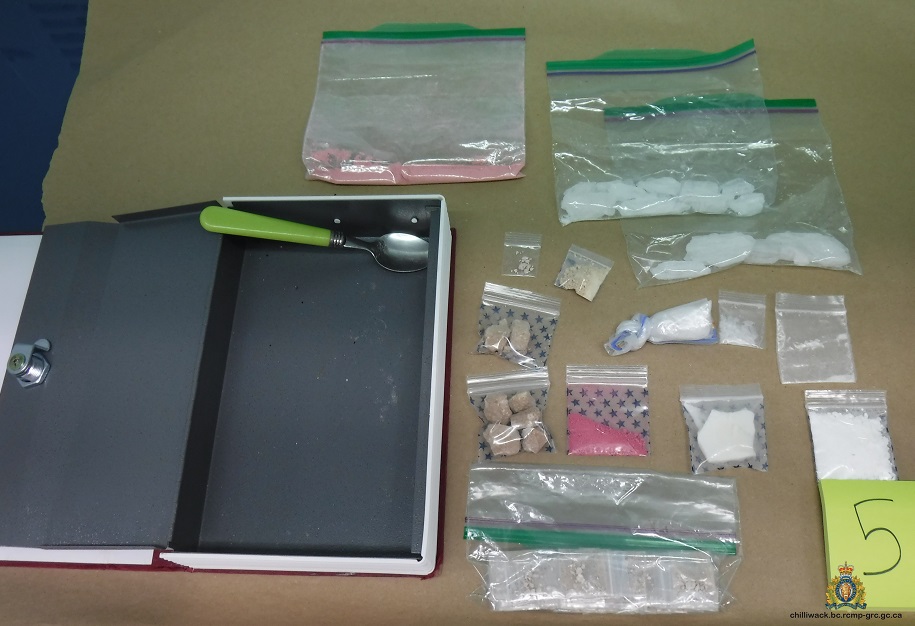 Chilliwack:  Two people were arrested -drugs and cash were seized- during an RCMP investigation into a street level drug trafficking operation.

On the morning of October 18, RCMP Crime Reduction Officers (CRU) observed an alleged drug transaction involving a 50-year-old man in the downtown area of the city.  As officers conducted their investigation a residence in the 9100-block of Charles Street was associated this activity.

At approximately 4:00 p.m., Chilliwack CRU supported by the Chilliwack Prolific Offender Suppression Team (POST) executed a Controlled Drug and Substance Act (CDSA) search warrant at the residence.  Drugs alleged to be methamphetamine, fentanyl, cocaine, heroin, along with cash, drug trafficking paraphernalia, and a BB gun, were seized by police.

Corey Richard Emery, 31, of Chilliwack is charged with 4 counts of possession of a controlled substance for the purpose of trafficking.  Mr. Emery remains in custody pending a court date in early November.

RCMP investigators will be submitting all circumstances of the investigation into the activity of the 50-year-old man to the BC Prosecution Service for their assessment of CDSA charges.

“Reports of illegal drug transactions made to the RCMP aided police in the seizure of drugs before they reached the streets of our community,” says Corporal Mike Rail spokesperson for the UFVRD.

Tips on how to spot a drug dealer in the neighbourhood;