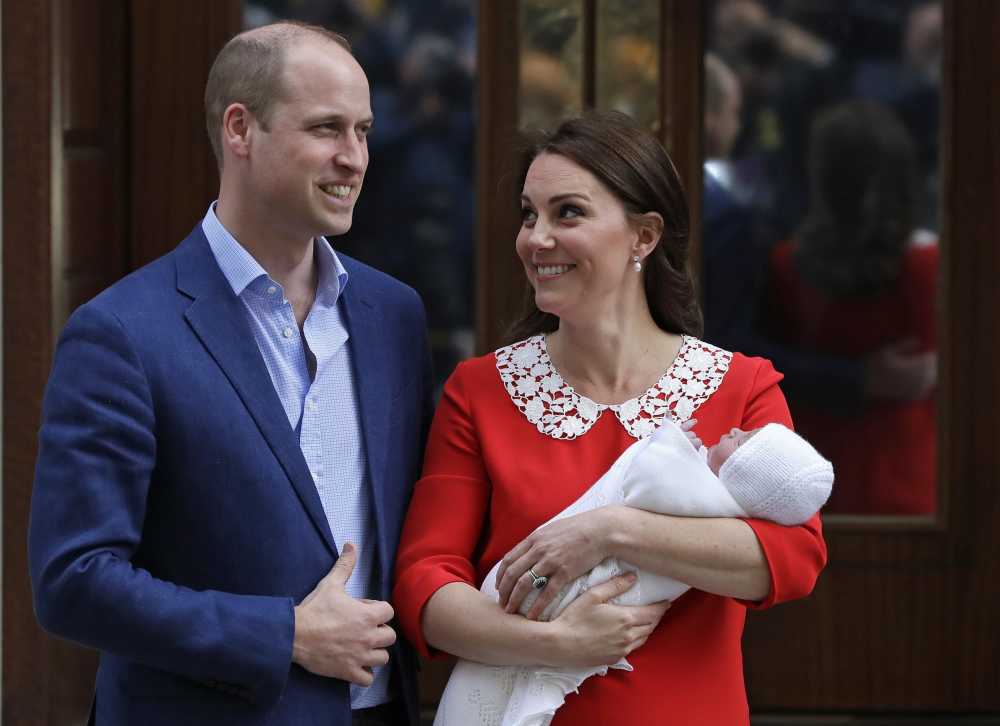 London: The Duke and Duchess of Cambridge have named their son Louis Arthur Charles, Kensington Palace said on Friday.

In a statement the Palace said: “The Duke and Duchess of Cambridge are delighted to announce that they have named their son Louis Arthur Charles.

“The baby will be known as His Royal Highness Prince Louis of Cambridge.”

The prince is the duke and duchess’s third child, the younger brother of Prince George and Princess Charlotte, and Queen Elizabeth’s sixth great-grandchild, reports the Guardian.

Lord Louis Mountbatten was Prince Charles’s great-uncle who was assassinated by the IRA in 1979.

Prince Louis of Battenberg was the Duke of Edinburgh’s grandfather’s name.

It has taken four days for the new prince’s name to be released. He is fifth in line to the throne, and was born on Monday.

Both Prince George and Princess Charlotte’s names were released two days after their births, but Prince William’s name was not made public for seven days, reports the Guardian.

Historically royal names are not usually announced for several days. Prince Harry was a recent exception.

It was confirmed on the day he left hospital that he would be called Henry, though would be known as Harry. Prince Charles’s name was revealed one month after he was born, only being declared ahead of his christening in the Music Room at Buckingham Palace in December 1948.

The Queen is told, as a courtesy, before the name is announced.