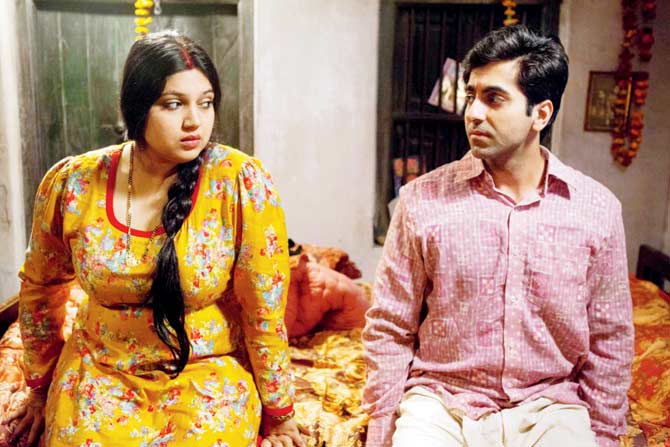 Mumbai, July 7 (IANS) “Dum Laga Ke Haisha”, an endearing movie about an overweight but educated girl’s bond with her husband, a school drop out, will open the first Ottawa Indian Film Festival Awards (OIFFA), to be held later this month.
OIFFA will begin July 22 and will go on till July 25.
“I am glad that ‘Dum Laga Ke Haisha’ has worked well with both the critics and the audience. Its content, realism and performances make it one of the better films of the year,” actor Ayushmann Khurrana, who essays Prem in the film, said in a statement.
“Dum Laga Ke Haisha”, a project from the Yash Raj Films banner, is directed by Sharat Katariya.
Ayushmann, along with the film’s leading lady, Bhumi Pednekar, too will be present at the fest’s opening.
While critically acclaimed Indian films like “Dhanak” and “Haraamkhor” will also be shown at the gala, organisers of this South Asia centric film jamboree are counting on the universal appeal that Ayushmann and Bhumi’s film will add, the statement read.
The four-day festival with global South Asian cinema will be showcasing over 15 films, and will play out in theaters like Cineplex, Coliseum and the National Arts Centres, Ottawa, Ontario.