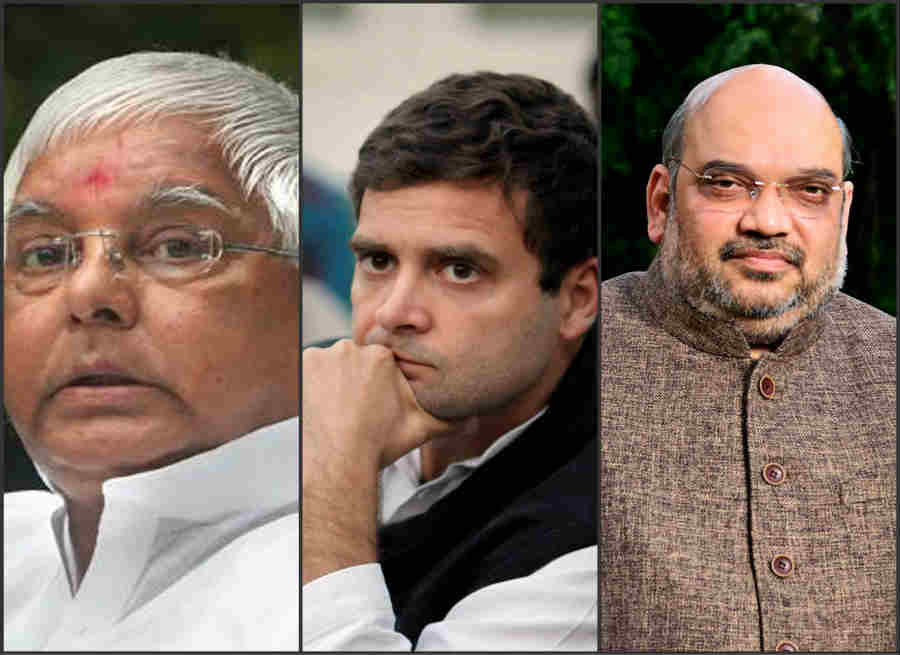 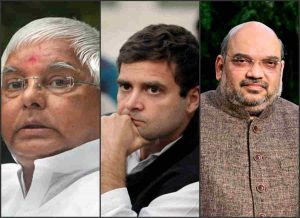 New Delhi, Nov 1 (IANS) The Election Commission on Sunday served notice to BJP president Amit Shah, Congress vice president Rahul Gandhi and Rashtriya Janata Dal (RJD) president Lalu Prasad for violating model code of conduct in Bihar and sought their explanations.
All the three leaders will have provide an explanation by November 4, failing which the poll panel will take a decision on its own, it said.
“The Commission gives you an opportunity to explain your position in making the above said statement on or before 3 p.m. of November 4, failing which the ECI shall take a decision without any further reference to you,” it wrote in separate notice to each leader.
Shah was asked to explain his remark that there will be “bursting of firecrackers in Pakistan” if the National Democratic Alliance loses the election, whereas Gandhi was asked to explain his “BJP’s plan B” comment in which he allegedly said that wherever Bharatiya Janata Party goes, it makes Hindus and Muslims fight.
Lalu Prasad was served notice for his “Narbhakshi” (cannibal) comment against Amit Shah.
In addition, the EC, in a separate communication, also cautioned Janata Dal-United president Sharad Yadav to abide by his assurance given to the poll panel and follow the provisions of the model code while delivering speeches.
On October 15, the EC had issued a show cause notice to the JD-U president for violating model code of conduct in an election meeting held in Nalanda on September 28.
In his reply, he had assured he would abide by the model code.