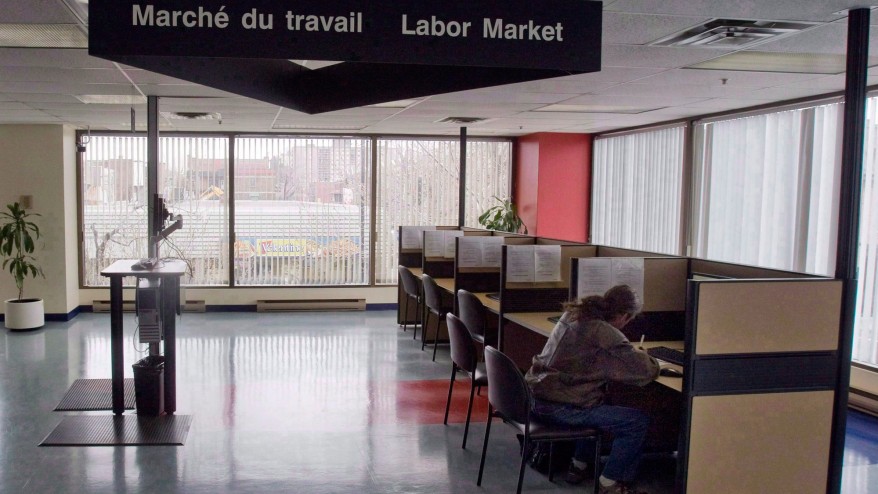 The Canadian Press
OTTAWA: The Canadian economy lost 6,400 jobs in June as a strong gain in full-time employment failed to fully offset losses in part-time jobs, Statistics Canada said Friday.
The unemployment rate held steady at 6.8 per cent.
Economists had expected a loss of 10,000 jobs and the unemployment rate to creep up to 6.9 per cent, according to Thomson Reuters.
The overall loss in jobs came as the number of full-time jobs increased by 64,800. However, there were 71,200 part-time jobs lost in the month.
The better-than-expected jobs report comes amid concerns about the strength of the economy and speculation the country slipped into recession in the first half of the year.
It is the last major economic data point before the Bank of Canada makes its rate announcement and releases its monetary policy report next Wednesday. The central bank is widely expected to cut its economic outlook for the year, but it is less clear what it will do with its key interest rate.
The Bank of Canada unexpectedly cut its rate by a quarter-point in January as insurance against the impact of low oil prices on the economy. However, the economy contracted in each of the first four months of the year.
Breaking down the report, public sector employment increased by 42,200 for the month, while the number of private sector jobs slipped 26,300.
The number of self-employed decreased 22,200.
Regionally, Quebec lost 33,300 jobs and New Brunswick lost 3,500. British Columbia gained 15,400, while Newfoundland and Labrador added 4,300. Ontario added 14,000 jobs for the month.
The goods-producing sector lost 1,900 jobs, while the services sector lost 4,500 jobs.
For the second quarter of the year, Statistics Canada says there were a total of 33,000 jobs added as there were 143,000 full-time jobs gained and 110,000 part-time jobs lost.