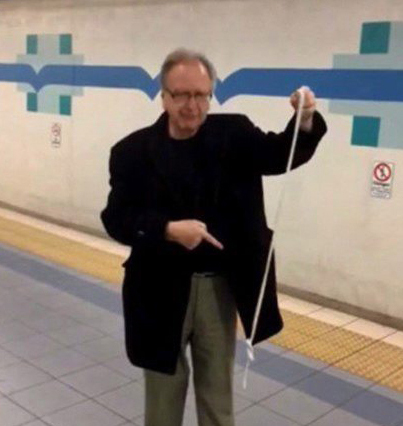 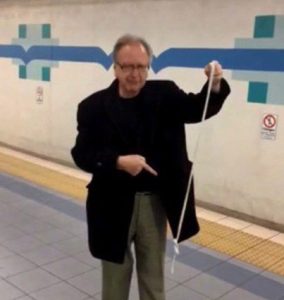 Edmonton: Police in Edmonton are looking for a man who allegedly approached two young women wearing hijabs, fashioned a noose in a rope he took from his pocket and said it was meant for them.

Investigators say the man then sang O Canada in front of the women, who were waiting at the university light-rail transit station the evening of Nov. 8.

Police are looking for a suspect believed to be in his 60s. He wears glasses, has a thin build and has thinning grey hair.

They say a hate crime charge is possible.

Investigators have released a still taken from a video at the station, and are asking for the public’s help in finding a suspect.

In September, a dozen racist posters targeting turban-wearing Sikhs were discovered on campus at the University of Alberta, including one at the university’s main library.

The university removed the posters, which featured a picture of a Sikh man, profanity about turbans and a statement calling on people from third-world cultures to leave Canada.

The posters included the hashtags “non-integrative” and “invasion.”

Various groups, including the World Sikh Organization of Canada, along with university president David Turpin, federal Defence Minister Harjit Sajjan and Prime Minister Justin Trudeau all spoke out against the racist message.

In October, Edmonton police asked the public for help in finding those responsible for anti-Islam flyers dropped off in mailboxes in several city neighbourhoods.

Mayor Don Iveson helped launched an anti-racism campaign on social media earlier this year called “Make It Awkward” after someone hurled a slur at a black actor who was filming a public service announcement on a city street.

Jesse Lipscombe challenged a middle-aged white man who made the slur to explain his actions. The man denied doing anything, but then yelled another slur before driving away. Lipscombe’s encounter was caught on video and posted online.