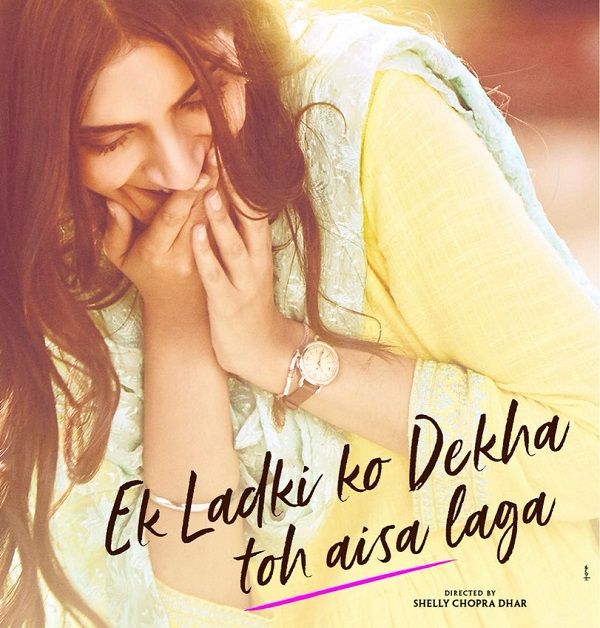 Debutant director Shelly Chopra Dhar’s “Ek Ladki Ko Dekha Toh Aisa Laga” is an interesting romance tale with a social message, where love blossoms at a wedding and culminates on the stage of a theatrical performance.

The story pivots around Sweety (Sonam K. Ahuja) the daughter of prominent business man and garment manufacturer Balbir Chaudhry (Anil Kapoor). In fact he is described as, “The Mukesh Ambani of Moga, Punjab”.

At a wedding, Kuhu (Regina Cassandra) one of the girls attending the wedding briefly introduces her brother Raza (Akshay Oberoi) to Sweety. She tells her that Raza is settled in London and interested in her.

Next we learn that Sweety travels to Delhi with the intention of making enquiries about further studies in London. Here, by happenstance, she bumps into Sahil Mirza (Rajkummar Rao) a writer-director, during his play rehearsals, where she criticises his work by telling him, “True love ke raaste mein kuch na kuch syappa hona chaiye nahin to woh feel nahin aati”.

And while Sweety is giving her ‘gyan’ to Sahil, her angry brother Balbir (Abhishek Duhan) barges into the theatre and Sweety flees from there with Sahil in tow.

Smitten by her and realising something is amiss with Sweety, Sahil follows her to Moga accompanied by Chattro (Juhi Chawla) a caterer and aspiring actress who doubles up as his assistant. What follows is the revelation of a cute love story that never found its acceptance on Indian screens earlier.

The film has all the trappings of a Bollywood entertainer and the romance is sensitively handled. While the love story is different and may seem outrageous to some, there is something cute and endearing about the narrative (screenplay) that keeps you hooked and ultimately, love the film.

Every character is well-defined and etched, the actors do complete justice to their roles. Rajkummar Rao steals the show with his passionate rendering of Sahil. Equally impressive is Abhishek Duhan as Balbir.

Anil Kapoor with his indigenous style, is charming and a delight to watch. He is effortless in bringing out the father-daughter relationship to the fore and at the same time, brings up enough chuckles when he shows his interest in Chattro.

Juhi Chawla as Chattro appears contrived. She delivers a stereotypical performance, emulating Upasna Singh the original diva of Punjabi films and she comes out as fake.

Sonam K. Ahuja though sincere, appears pretentious. She hams in most of her scenes and more so especially in the one before the interval. She is not a bad actress, but her performance definitely shows that she has not put her heart and soul into the character she plays.

Regina Cassandra as Kuhu and Akshay Oberoi are both cute and likeable, but are limited due to their short on-screen presence.

The rest of the supporting cast are fabulous, especially Madhu Malti as Sweety’s grandmother, Brijendra Kala and Seema Pahwa, as the Chaudhry’s house helps.

Alka Kaushal and Kanwaljeet Singh as Sahil’s parents, though appearing only through phone cuts, are convincing.

Overall, this is not the usual, run-of-the mill love story. It is a progressive one and definitely the forerunner of myriad blossoming love stories to come.