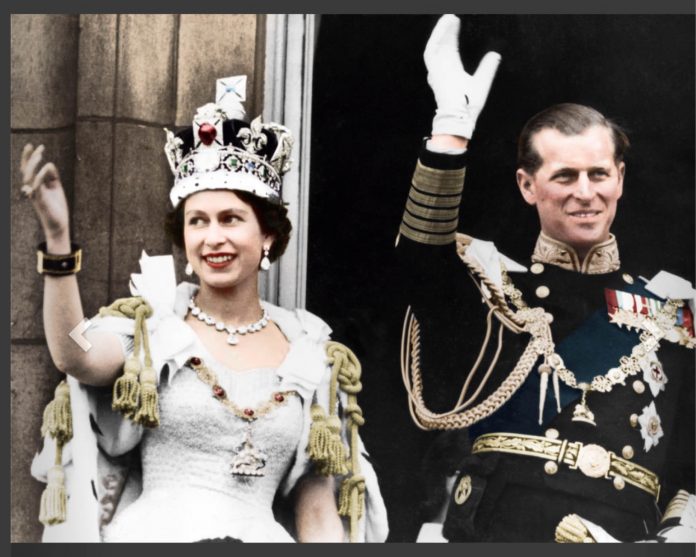 Power corrupts. Unless you world it properly with grace and wisdom and tact. To coin lyrics from the British flick The Spy Who Loved Me Nobody Does it Better fits to a tee the reign of Elizabeth II. Royal watchers and fans of the monarchy will be in seventh Heaven if they choose to watch Elizabeth: A Portrait In parts). Here for an exclusive showing on May 20, 24, 25 and May 28 courtesy of Mongrel Media this film is a fascinating look at a one of a kind leader. For advance tickets go to Cineplex.com. Our fair lady’s life will be u folding at The International Village Cinemas and other Cineplex a Cinemas and likely Landmark Theatres across B.C
Rule Britannia clearly is in this woman’s blood. Chalk full of intimate photos and classic video footage from around the world A Portrait captures the life of Queen Elizabeth in a poignant way. Cameras go behind the scenes to show just what it it’s like to rule a nation with all the pomp and ceremony that inky the British can do so well.
Smartly divided into celluloid chapters our film is done documentary style. Certainly the camera loves this lady as early moments from her childhood reveal a certain playfulness. Fast forward to her teen years where this very pretty young woman captured the nation with the untimely passing of her father King George, scores of interviews with celebrities and world leaders capture the aura of undoubtedly one of the famous people of all time.
Whether you support the monarchy or not one cannot dispute the undeniable presence and co tribute this one of a kind woman has showered on the world.along love the Queen,

Over half of young people see racist content online about immigrants, poll suggests