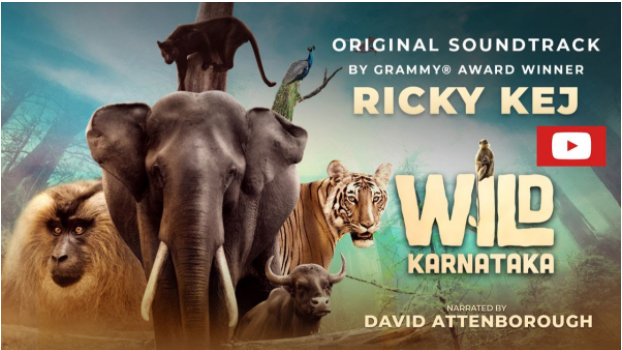 ‘Wild Karnataka’ was the first Natural History film to have a mainstream theatrical release in India and ran to packed houses for over two months. We also had our North-American premiere in March 2020 at the United Nations Headquarters in New York. Working on a film with Sir David Attenborough was an absolute dream come true and I had a blast creating the original score for this extremely important film that showcases the natural beauty of the Indian state of Karnataka. I’d like to express my congratulations and sincere gratitude to everyone involved, especially the film-makers Amoghavarsha, Kalyan Varma, Vijay Mohan Raj & Sarath Champati, Icon Productions, Vanil Veigas and the Karnataka Forest Department.

If you haven’t had a chance to watch the film yet, ‘Wild Karnataka’ is currently being screened on multiple networks globally. Please check your local TV listings and OTT platforms. Click on the image below to watch the trailer.