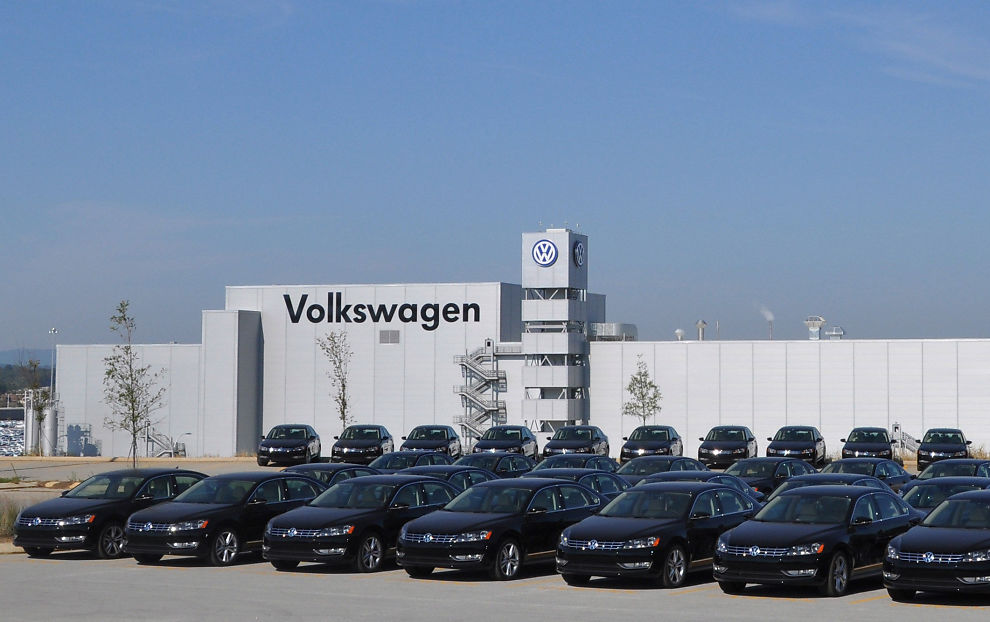 MILAN: European car buyers appear reluctant to punish Volkswagen for its emissions scandal, penalizing the German automaker’s sales last month no more than some of its mass-market competitors.

The European car market expanded 2.9 per cent in October, topping 1.1 million units as growth slowed in all major markets, according to new figures released Tuesday by the European carmakers’ association ACEA.

The expansion marked the 26th straight month of growth, albeit sluggishly with two of the biggest markets, France and Germany, growing by just 1 per cent, and Britain contracting by as much.

Volkswagen remained the top seller, commanding a quarter of the market, in the first full month of figures since it acknowledged cheating on U.S. diesel emissions tests. Volkswagen brand sales slipped 0.2 per cent, while all of Volkswagen group sales _ including the brands SEAT, Skoda, Porsche, Audi and Lamborghini _ dropped 0.5 per cent.

Da Silva said it was too early to say if VW’s sales had been hit by the emissions scandal, noting that European buying practices take longer to translate into sales numbers, with cars being ordered and not purchased out of stock.

German luxury carmakers BMW and Daimler posted double-digit increases, up 13 per cent and 21 per cent respectively. Daimler got a big boost from its Smart, which saw sales rise more than 200 per cent to over 8,800 units.

Mass-market carmaker Fiat Chrysler significantly outpaced the market with an 8 per cent upswing in sales, led by the Fiat Panda and the 500 compact cars along with the Jeep brand. Alfa Romeo sales, meanwhile, slid. It was the 10th month consecutive that the U.S.-Italian carmaker bettered the market.