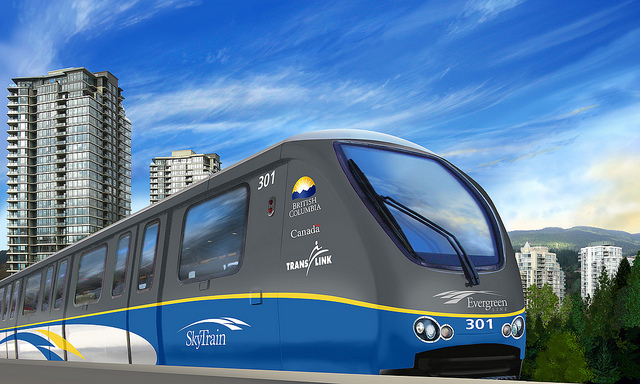 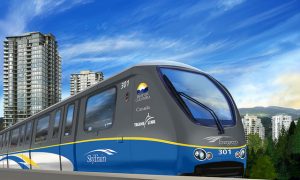 The Evergreen extension, which will bring efficient rapid transit service between Coquitlam, Port Moody, Burnaby and Vancouver, was officially opened today by B.C. Premier Christy Clark, and Dan Ruimy, Member of Parliament for Pitt Meadows-Maple Ridge, on behalf of the Honourable Amarjeet Sohi, Federal Minister of Infrastructure and Communities, and representatives of the project’s partners.

Construction of the Evergreen extension, its stations and public plazas created an estimated 8,000 direct and indirect jobs during construction. The project is now complete and trains are ready to start taking passengers at noon today. The opening celebration at Coquitlam Central Station was launched with an inaugural ride by the representatives of the project’s partners along the Evergreen extension.

Round-the-clock efforts by people involved in the many aspects of the project allowed for the Evergreen extension to open under budget. The $1.431 billion project has been delivered between $70 million and $85 million under the budget set in 2008.

The extension will carry 70,000 people per day by 2021, reducing traffic congestion in the rapidly growing cities of Coquitlam, Port Moody and Burnaby.

“The completion of the greatly anticipated Evergreen extension has been made possible by the efforts of so many people, and seeing the trains go into service today is good news for the province of B.C. By adding Evergreen to Metro Vancouver’s SkyTrain system, we’re able to provide transit riders with more travel options and get people to their destination faster. This demonstrates our government’s commitment to making the daily commute and quality of life better for British Columbians.”

Dan Ruimy, Member of Parliament for Pitt Meadows-Maple Ridge, on behalf of the Honourable Amarjeet Sohi, Federal Minister of Infrastructure and Communities –

“The Government of Canada is proud to invest in infrastructure that helps grow the middle class by getting them to the services and opportunities they need to thrive, while reducing traffic congestion and encouraging low-carbon transportation. Congratulations to all who worked on this project for a job well done – you have contributed to a safe, efficient and reliable system for your family, friends, and visitors to our community.”

“I’m grateful to everyone who worked so hard to deliver this vital transportation project under budget and have it ready today. Investing in transit is a key priority of B.C. on the Move, our 10-year transportation plan, and Evergreen will help to reduce traffic congestion and connect more people to transit, giving them better access to the places they want to go.”

“The addition of the Evergreen extension will have a tremendous impact on the development of livable communities. With the inclusion of another quick, reliable and sustainable method of public transportation in the region, more people can leave their vehicles behind, resulting in greater health benefits through less congested roads and better air quality.”

“The Evergreen extension is an important part of the Lower Mainland’s transit network. By connecting the Tri-Cities communities to the rest of the Metro Vancouver SkyTrain system, Evergreen makes our transit network more integrated and provides faster and more convenient service for commuters.”

“We are thrilled that the Evergreen extension is opening today – it is a significant milestone for our customers. The faster and more frequent service we can now offer provides more transportation choices and will help reduce road congestion and foster economic growth in the Northeast Sector. To ensure a smooth transition for customers, our outreach teams will continue to be out on the system today and for the next week.”