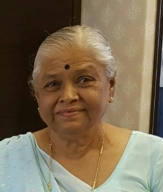 Mumbai:  Jayawantiben Mehta, the seniormost Bharatiya Janata Party leader in Maharashtra and a former Union Minister, passed away early on Monday at her residence following a brief illness. She was 78.

Considered among the party’s ‘old guard’, she had served as a minister in the first NDA government headed by Atal Behari Vajpayee.

A housewife-turned-politician who also served as BJP national Vice President, Mehta breathed her last around 1.30 a.m. She is survived by a son and daughter.

Her last rites were held at the Shivaji Park crematorium with a large number of party workers and her supporters from different walks of life in attendance.

Top leaders from across the political spectrum expressed grief over the demise of Mehta, who was a prominent leader of the Gujarati community in Mumbai.

Prime Minister Narendra Modi tweeted his condolences: “Saddened by the passing away of Jayawantiben Mehta. We remember her rich contribution to the nation. Condolences to her family.”

Governor C.V. Rao, who was her former colleague in the Union Cabinet, described Mehta as “a good orator and a committed social worker gifted with boundless energy”.

“She maintained her contact with the people, helped various social organisations, made immense contribution to the development of the state, especially her constituency of Mumbai South,” he said in a tribute.

Fadnavis said he was saddened to learn of the passing of the party’s “maternal figure” who was always sensitive to public issues and contributed immensely in different fields, and inspired lakhs of party activists.

BJP Vice-President Vinay Sahasrabuddhe called her “a stormy petrel of Jan Sangh and later the BJP, and a rare leader with affectionate motherly approach”, while state BJP President Raosaheb Danve said she handled effectively any responsibility assigned to her both in the party and government as the occasion demanded.

Railway Minister Suresh Prabhu said he felt sad by Mehta’s demise and remembered her as a crusader and a fiery orator.

Around six years ago, Mehta had penned and released her multi-lingual autobiography, “Marching With Time”, detailing her life’s journey from a middle-class home-maker to a lawmaker – her career spanning as a municipal corporator to legislator to parliamentarian and then Union minister.