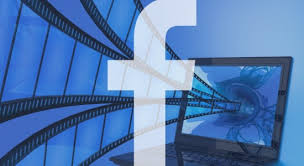 Washington, Nov 18 (IANS) Facebook is immune from claims that it discriminated against the “Sikhs for Justice”, a US based human rights group, by blocking access to its Facebook page in India, a US court has ruled.

The Sikh group’s claims of religious discrimination are precluded under the Communications Decency Act, US District Judge Lucy Koh in San Jose ruled last week, according to SFJ.

The Act protects providers of “interactive computer services” by barring courts from treating service providers like Facebook as the publishers or speakers of speech created by others.

In its lawsuit, SFJ claimed that at the behest of the Indian Government, Facebook blocked its page because of its outspoken campaign against government alleged persecution of Sikhs and advocating for Sikh referendum in the Indian state of Punjab.

Facebook allegedly did not restore access to the page despite repeated requests, nor did it provide any explanation for the page block.

SFJ sought a permanent injunction ordering Facebook to stop restricting access, and any documents or correspondence with the Indian government related to a request that Facebook block its page.

Gurpatwant Singh Pannun, legal advisor to SFJ, said the group will “appeal and challenge the decision of Judge Koh which is just an extension of Facebook action of blocking SFJ’s page at the behest of the Indian government.”

Facebook is a American corporation and owes allegiance to US Constitution which promotes and protects free speech content and not accede to threats of foreign governments, he said.