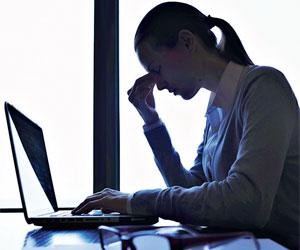 New York, July 28 (IANS) Women’s emotional attachment to Facebook can lead to poor perception of their body and also follow risky dieting, a study says.
The study included 128 college-aged women who completed an online survey about their eating habits and their emotional connection to Facebook — such as how much time they spent on the social networking site and number of Facebook friends — and whether they compared their bodies to friends’ bodies in online photos.
The study found that women who had a greater emotional connection to Facebook were more likely to compare their bodies to their friends’ bodies and to engage in more risky dieting, WebMD.com reported.
However, those who did not use the site to compare themselves to others were less likely to be concerned about body image or engage in risky dieting, the study found.
The University of North Carolina School of Medicine study was published in the Journal of Adolescent Health.
“I think that Facebook could be an amazing tool to nurture social support and connections with friends and families. And if you’re getting that kind of social support from the site, you might be less likely to be worried about your body size,” senior author Stephanie Zerwas wrote.
“But if you’re using it as a measuring stick to measure how your body appears in pictures compared to your friend’s body, Facebook could also be used as a tool to foster dangerous dieting behaviour,” she added.