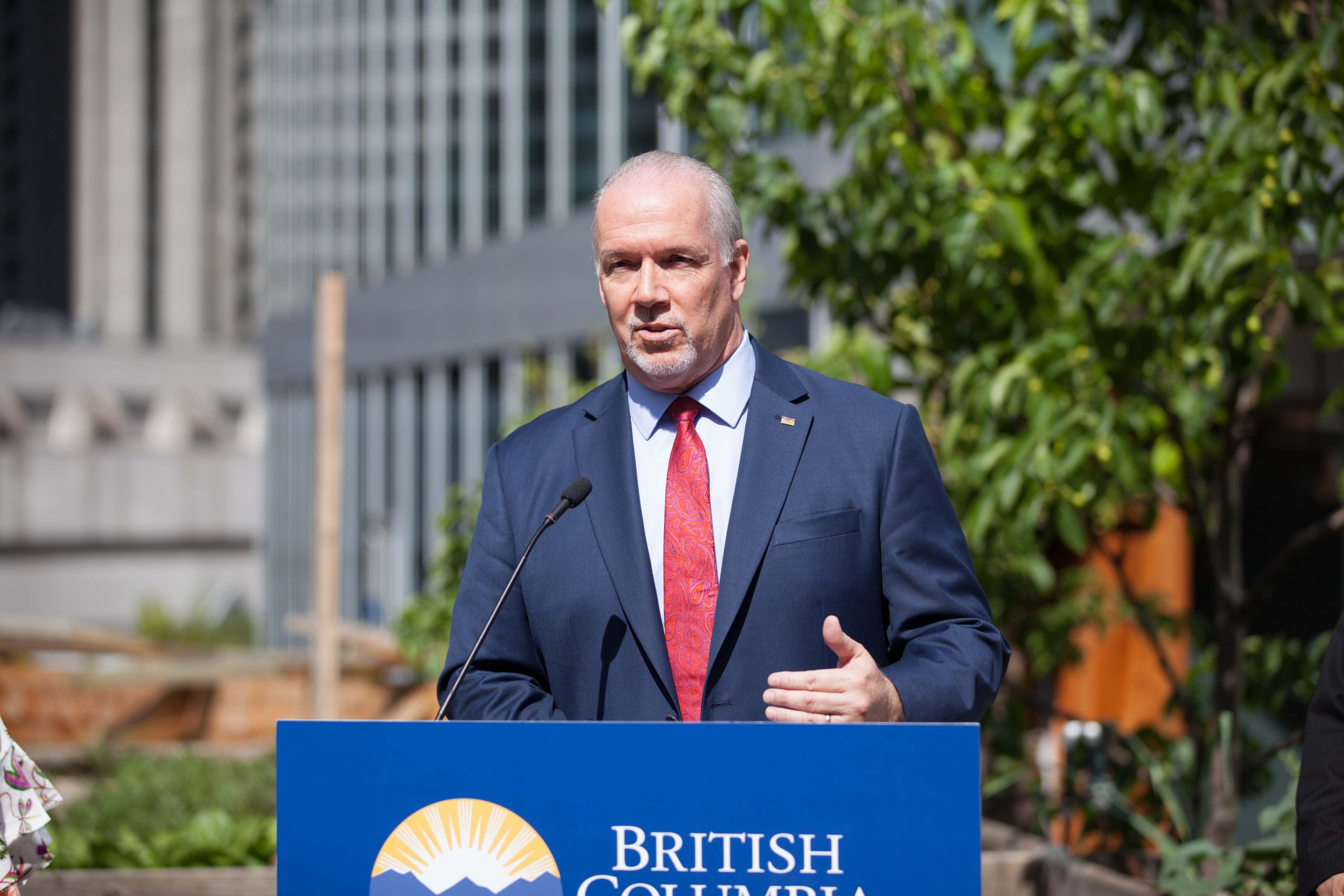 Victoria: Making the province’s economy stronger, more sustainable, and taking action on the biggest challenges facing people in B.C. were at the core of government work, both inside and outside of the Parliament Buildings this fall.

“Making life better for people is what drives our government every single day. We’re delivering on affordable housing, improving health care and creating accessible child care,” said Premier John Horgan as the House rose for the end of the fall session. “We’re going to keep investing in people to build a strong, sustainable economy and a better future for everyone in B.C.”

Key pieces of legislation passed this session will improve the delivery of health care and strengthen protections for health-sector workers, promote and protect human rights in B.C., tackle speculation in the housing market, enable government to eliminate unfair Medical Services Plan (MSP) premiums and put British Columbia on the path to reduce the province’s overall poverty rate by 25% over the next five years.

The legislature rose a day after the release of the province’s second quarterly report, showing that British Columbia is operating debt-free for the first time in more than 40 years. B.C.’s real estate market is starting to moderate while the Province continues to make record-level capital investments in affordable housing, schools and hospitals.

“We’re taking on the big challenges in our province, from the housing crisis to child care, while getting the Province’s finances in order,” said Carole James, Minister of Finance and deputy Premier. “The second quarter results show we can make B.C.’s economy work for everyone, while investing in people and providing strong fiscal leadership for B.C.”

Over the past 16 months, the B.C. government has taken unprecedented action and made historic investments to make a difference in people’s lives. In the fall, government delivered on major commitments, including announcing 4,900 new affordable mixed income rental homes – the first of 14,000 for mixed- and middle-income people and families throughout B.C. The homes are part of the largest investment in housing affordability in B.C.’s history – more than $7 billion over 10 years.

As part of a $1-billion investment over three years to deliver low-cost, quality and affordable child care, government launched 53 prototype projects around the province to deliver child care that will cost families a maximum of $200 per month per child. Government also announced a new benefit to help 60,000 more families lower monthly child care costs.

To deliver better, faster health care for people in their communities, urgent primary care centres were announced in communities around the province. The care centres are part of a primary health-care strategy with a new focus on team-based care that puts patients at the centre of health-care delivery. The Province announced investments in health care across the board, including hospital expansion, seniors’ care and expanded diagnostic and treatment options for B.C. patients.

The Confidence and Supply Agreement (CASA) with the B.C. Green caucus has provided the basis for the government to move forward on initiatives that are important to both caucuses and deliver strong, stable government that puts people first – from reforming campaign finance laws to moving forward with a referendum on proportional representation, eliminating MSP fees and more. As part of CASA, government is working in collaboration with the B.C. Green caucus on a strategy to rise to the challenge of climate change while creating good jobs and better opportunities for people. The plan will be announced in the coming weeks.

Premier Horgan and James vowed the government will continue to work collaboratively to deliver solutions to the problems people in B.C. face every day.