Asian Journal
Home News Federal bill with more than $100 B in COVID 19 aid gets... 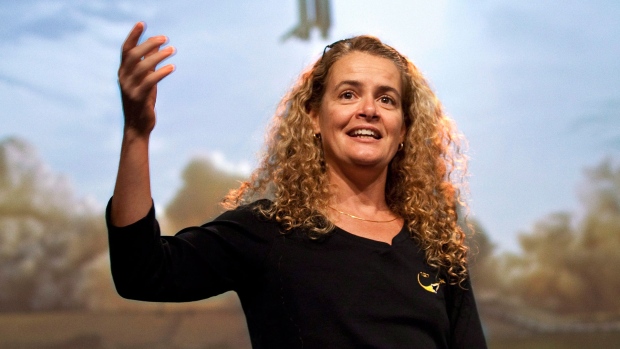 Ottawa: An emergency federal bill to give the government billions of dollars to spend to help anxious workers, families and employers cope with COVID-19 is now law.

Gov. Gen. Julie Payette signed the bill at 12:18 p.m. Eastern time Wednesday, after both the House of Commons and Senate issued speedy approvals earlier in the day.

The bill allows the federal government up to $52 billion in funds to directly help Canadians, including a repackaged aid program for workers who can’t work for almost any reason connected to the virus.

That Canada Emergency Response Benefit will offer $2,000 a month in direct support through the Canada Revenue Agency, and is the main reason the cost of direct COVID-19 aid nearly doubled from an estimated $27 billion last week to $52 billion now.

Another $55 billion is on the table in deferred tax payments for business and individuals.

Finance Minister Bill Morneau said the benefits for workers should come as early as the first week of April, while top-ups for child benefits and GST cheques will flow in May.

“There aren’t faster ways to get money into Canadians hands,” said Morneau.

He said the benefit top-ups will be delivered faster if possible, but said the system has never been used this way before and the civil service is doing everything it can to get the money out the door to people who need it now.

“It’s not that we didn’t want it to happen in the month of April but the capacity is not there to deliver in that time frame,” he told the Senate, answering questions as the bill headed for approval.

Officially, debate on the bill lasted two-and-a-half hours in the House of Commons and less than two hours in the Senate, including an hour for Morneau to take senators’ questions. Payette signed it into law less than 20 minutes after the Senate issued its fast-tracked approval.

Most of the negotiating over the bill’s contents was not done in the open, though.

Both chambers were recalled for the debates, as both had been suspended until the week of April 20. A much smaller number of MPs and senators than usual were present to get the bills through, and in each chamber seating was arranged to keep all MPs and senators as well as a minimal contingent of staff as far away from each other as possible.

The House of Commons was recalled for Tuesday but didn’t pass the bill until nearly 6 a.m. Wednesday after lengthy negotiations among the governing Liberals and opposition parties about the extent of extraordinary spending powers the government was requesting. The House was suspended while those negotiations took place behind closed doors.

Conservatives raised objections to what they dubbed a Liberal “power grab,” balking at provisions in a draft of the legislation that would have given the government sweeping authority to unilaterally spend, borrow and change taxation levels without Parliament’s approval for the next 21 months.

The government backed down on most of those measures eventually, though Conservative Sen. Don Plett said his party still has “serious reservations about how the government is handling this crisis.” He said the party supports the aid package because Canadians need the help.

The bill injects cash into the economy at a number of points to help Canadians through the COVID-19 crisis, including the employment benefits, student-loan deferrals, and funds for the health care system, homeless and women’s shelters, and Indigenous communities.

Morneau said more than 2,000 Canada Revenue Agency workers are being redeployed to help get the employment benefits flowing. Workers who can’t work for almost any reason related to COVID-19, including staying home to look after others, the need to quarantine or self-isolate, or because their employers have closed or reduced business and can’t offer them as many or any shifts.

Morneau said many times this bill is really just the first step to keep Canadians and the economy as healthy as possible in the midst of a crisis unlike any anyone has seen before. He said everyone wants to know the depth of the economic hurt, how long it will last and whether it will come in waves.

“We don’t know any of these things,” he said. “There is nothing regular about what we are facing.”

The bill also gives the federal ministers of health and finance the power to approve spending “all money required to do anything” to deal with a public health emergency.

Prime Minister Justin Trudeau said Tuesday the government was trying to balance the need to act quickly to help Canadians with the need to remain accountable to Parliament.

“It is an exceptional situation that requires extreme flexibility and rapidity of response by governments to be able to help Canadians and react to a situation that we’ve seen is moving quickly every single day,” he said.

“So saying, we have a Parliament that works, we have an Opposition that is doing its job of making sure that we are taking the right steps the right way.”

The bill only needed one party’s support to pass the Commons eventually but it needed the support of every MP present to be put through on the one-day schedule the Liberals wanted.

Wednesday morning, after the bill passed, Scheer released a statement highlighting oversight measures included in the final draft, including shortening the period during which the federal cabinet has special spending powers to keep the government moving and requiring regular reports on spending to House of Commons committees.

This is what an “effective Opposition” looks like, he said.

By Mia Rabson and Joan Bryden, The Canadian Press