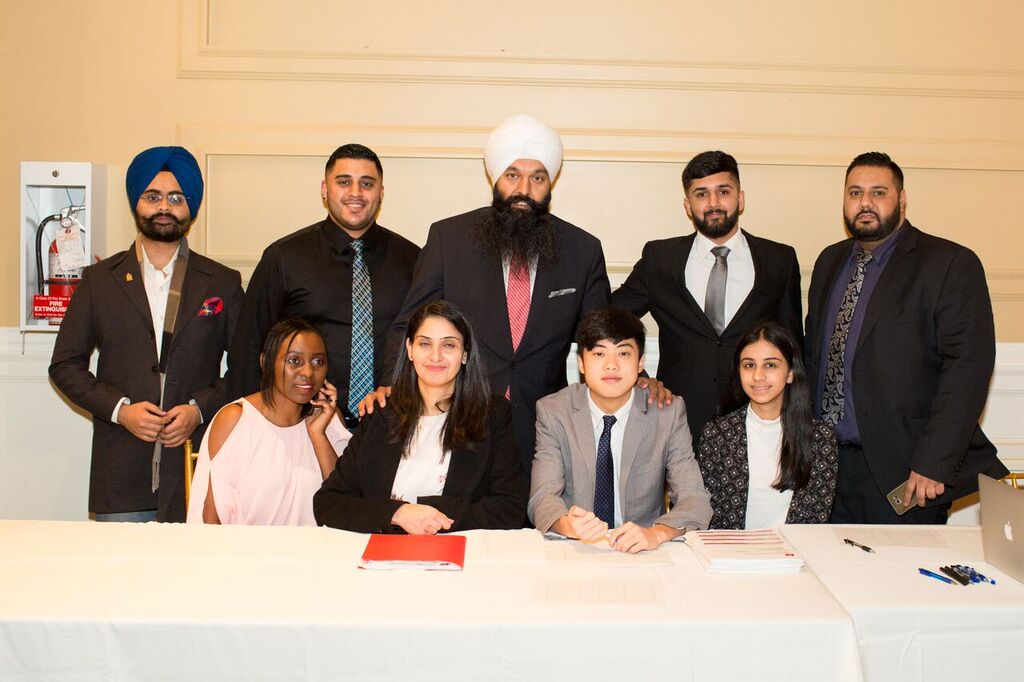 Surrey: Hundreds of community members joined Member of Parliament and Pacific Caucus Chair Randeep Sarai on Friday December 1st at Surrey Centre Liberal Riding Association’s sold out annual fundraiser held at Crown Palace Banquet Hall. Attendees enjoyed an evening of dance performances, live music, testimonials about Randeep Sarai and a traditional Indian buffet dinner. The event was emceed by the federal Liberal Party Membership Chair in B.C., Sukhpreet Dhillon. Keynote speakers included members from the Filipino community, Surrey Center youth and members of the community who gave a heartfelt tribute to Sarai for helping reunite their family in Canada and for introducing and leading a Surrey Center Youth Council. The youth spoke about Surrey Center Youth Council being an unprecedented place for young people to discuss the issues that matter to them regularly with their MP, and participate in roundtables with federal cabinet ministers, like one they had last year on mental health and addictions with Minister Jane Philpott.

M.P. Sarai spoke to the audience about federal achievements in Surrey Centre this past year- “This year our Liberal government has introduced an unprecedented $40 billion National Housing Strategy to help reduce homelessness and improve the amount of quality housing Canadians need, advocated for Canadians in international trade agreements like NAFTA, and have moved the unemployment rate down and created 80, 000 jobs across Canada in November alone. This is eight times more jobs than projected last month and the highest job growth in a single month since the 2012 recession.”

Sarai also spoke of the importance of community safety, youth engagement, education and addressing issues of substance abuse and mental health. As Pacific Caucus Chair, he stated he will continue to work tirelessly with his colleagues in the House of Commons on issues of importance to British Columbians. Some achievements highlighted by Sarai in B.C. included the SFU’s new $125 million Environmental Engineering Building, Surrey’s new Veteran’s Centre, $900 million for public transit upgrades, and $327 million for a national Guns and Gang reduction funding. The hard work of the Liberal Party Riding Associations and the volunteers in Surrey was recognized by Sarai, stating “the Surrey Centre Riding Association, our volunteers and other EDAs South of the Fraser have been working hard at getting our message of hope and hard work, transparency, and building an inclusive economy across for real change in Surrey”.