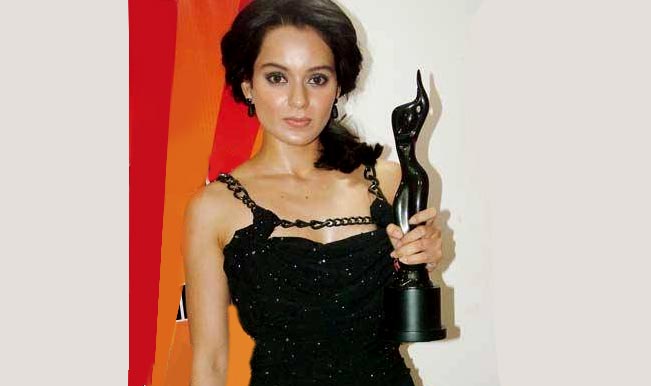 Actress Kangna Ranaut, who bagged the Best Actor (Female) honour for “Queen” at the 60th Britannia Filmfare Awards ceremony, says the “acknowledgment” confirmed the fact that she made her mark.

Kangna was present at an event in Mumbai Sunday when she was asked to share her emotions on winning the award.

“It feels great. I think that event I’m here for also talks about making your mark and last night (at the Filmfare Awards), I think in a way the kind of respect and acknowledgment that my film got, also literally meant making your mark.”

Apart for Kangana, Shahid Kapoor also won the Filmfare award for Best Actor (Male) for his performance in the film “Haider”.