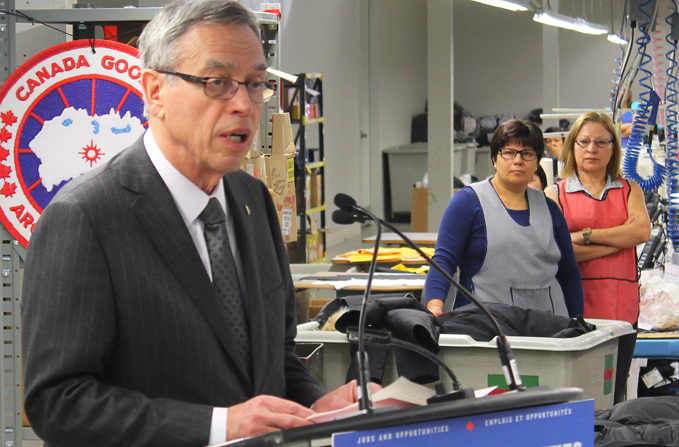 By David Friend,THE CANADIAN PRESS
TORONTO: Falling oil prices have been an unexpected blow to the Canadian economy, but federal Finance Minister Joe Oliver says he will still deliver a balanced budget when it is tabled later this month.
The belated unveiling on April 21 comes nearly a month later than usual. Oliver blamed the delay on the weakening price of oil, which has dragged expectations away from a previously projected surplus.
“We needed to assess the implications of the dramatic fall in oil prices and its instability on the Canadian economy and on our fiscal framework,” he said Thursday in announcing the date of the budget in Toronto.
“And we needed the time to obtain as much information as possible to make reasoned fiscal decisions and receive current forecasts from our independent economic advisers, whose projections we rely on.”
Usually the federal budget arrives before the end of the fiscal year on March 31, but Oliver was forced to reconsider earlier forecasts when the price of oil began its steep decline.
Opposition parties have been critical of the Conservative government’s decision to delay the budget.
Last November, Oliver forecast a budget surplus of $1.9 billion for 2015, but his estimates were based on an oil price closer US$90 a barrel, a figure that has since fallen sharply. The May futures contract closed below US$50 on Thursday.
“I think they had to rewrite the playbook after the decline in oil prices,” said Bank of Montreal chief economist Doug Porter.
The Conservatives had left themselves a razor-thin margin to balance the budget even before oil prices took a tumble due to the decision to unveil a multibillion-dollar suite of family tax and benefit measures in late October.
Some analysts have predicted the federal government is close to running a deficit for the year, but Porter believes there still could be “a little bit of room to manoeuvre” this year, and even more so in the next few years.
“I still think there is a bit of a cushion for Ottawa to unveil some new measures in this year’s budget,” he said.
Oliver assured that the budget will be balanced and any surplus will be used to pay down debt.
“Balanced budgets are important because, to the extent you have a deficit, that means more money has to go to paying off debt instead of going for important social programs that Canadians want and need,” he said.
Oliver also highlighted external forces, like a fragile international economic recovery, which could put extra pressure on the Canadian outlook.
“Fortunately, the U.S. economic recovery is gathering steam,” he said.
“But one country cannot carry the world, so external risks are a continuing concern for Canada’s economic recovery.”
Economists expect a lower oil price will gradually have positive effects on the domestic economy. Already consumers are spending more with the money they’re saving at the pump and Canada’s trade deficit shrank in February as the weaker loonie helped boost export volumes.
Royal Bank economist Nathan Janzen expects the trend to continue this year.
“We still think lower oil prices are a positive for the U.S., which means stronger external demand,” he said.