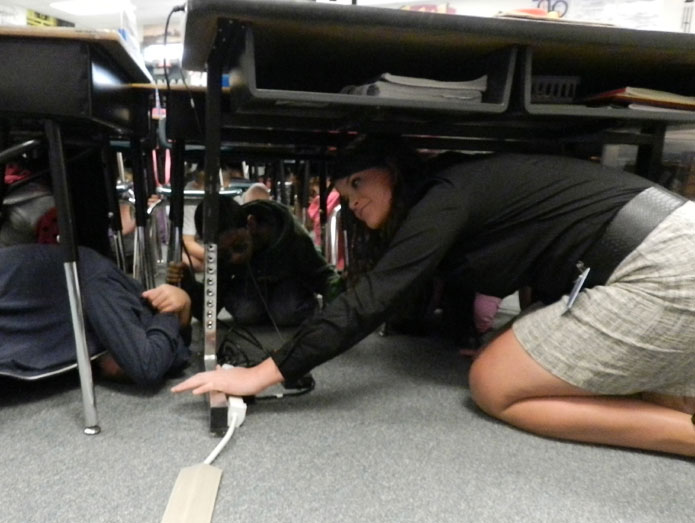 Victoria: A $1-million investment will support British Columbia’s first-ever provincially led, full-scale earthquake response exercise that will test elements of the new B.C. Earthquake Immediate Response Plan (IRP).
Emergency Management B.C. (EMBC) is in the process of developing Exercise Coastal Response, a full-scale major earthquake and tsunami response exercise which will take place in the Port Alberni region from June 7-10, 2016.
This exercise will also involve the real-time deployment of the Provincial Coordination Team (PCT), a cross-government group that can be activated to bring support to a local authority in an emergency, and the Heavy Urban Search and Rescue (HUSAR) team from Vancouver.
With this investment, B.C. will cover deployment costs for the HUSAR team, as well as the costs of staffing and carrying out the exercise. This will be the first provincial earthquake exercise to test tsunami response and full-scale HUSAR deployment in Port Alberni, and the first full-scale HUSAR training exercise that the Vancouver team has performed with EMBC.
In addition to HUSAR and EMBC, multiple levels of government, various jurisdictions in Canada and the U.S., and a number of provincial ministries, First Nations, Crown corporations, first responders and internal and external agencies will all be invited to participate. With significant partner involvement expected, Coastal Response will enhance provincial emergency readiness and response capabilities for a catastrophic earthquake.
Attorney General and Minister of Justice Suzanne Anton said, “Planning and exercising are vital to a successful emergency management program, both at the provincial level, and in your home. We all have heard about the potential for a catastrophic earthquake to hit our region – most recently in a New Yorker article – so we need to make sure we are prepared. Simply, we are all in it together. By funding the first ever provincially led major earthquake exercise in B.C., we will be further along towards our goal of a safer province for us all.”
City of Vancouver fire chief John McKearney said, “The City of Vancouver Fire Rescue Service has worked with the Province for several years to improve our combined response capabilities to a major earthquake. This major exercise in Port Alberni will greatly assist all stakeholders, including first responders, to understand where our gaps in response and recovery may be.
“Over the next year, the lead up to this exercise will provide the opportunity for emergency partners to work closely together to build out the exercise, which will create tremendous learning and create and strengthen the working relationships that are so important when major emergency events occur.”