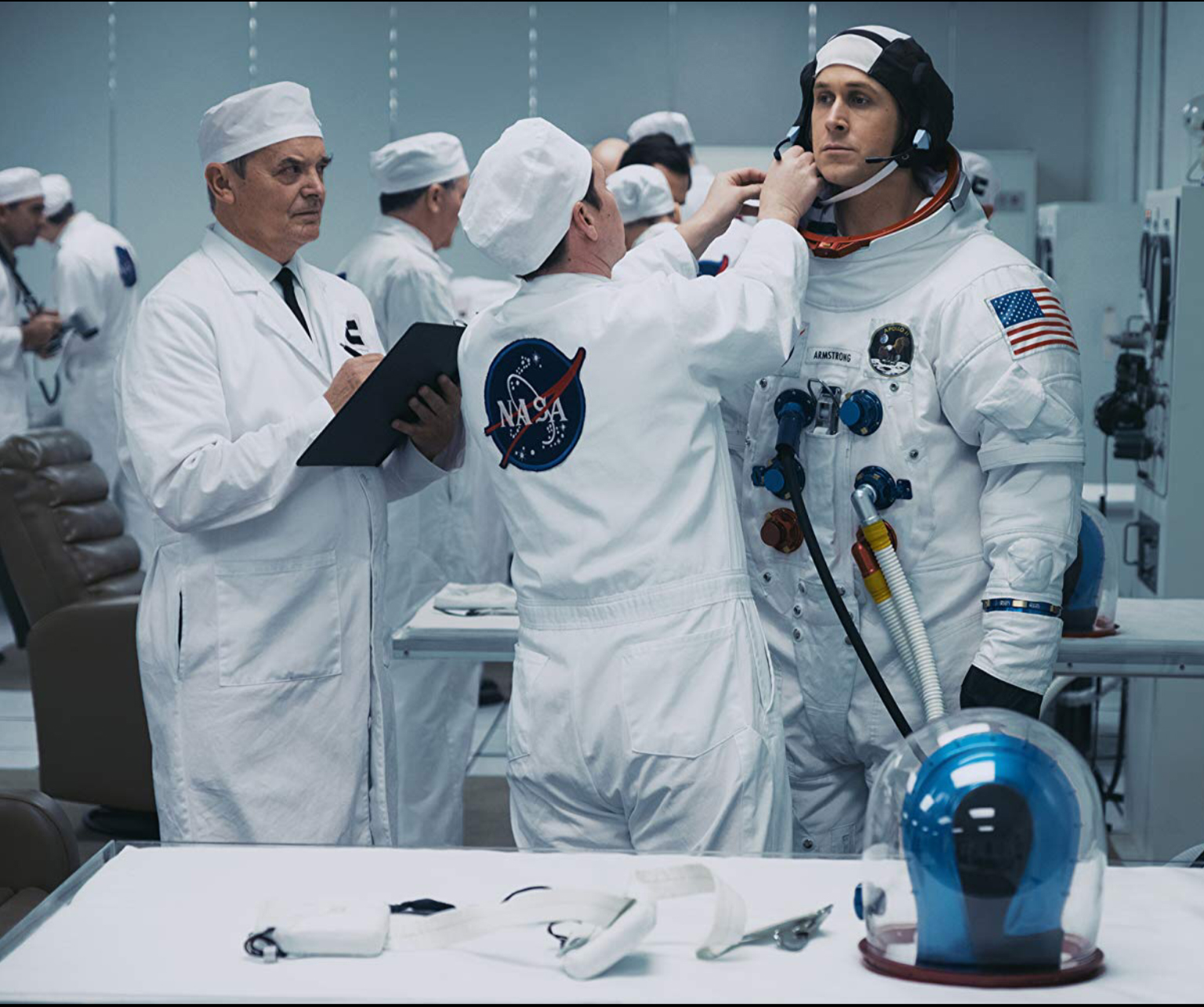 With apologies to Mel Brooks most films on space are not comedies or related to skin a la Flesh Gordon. Typically, most stellar journeys focus on the flight itself, the endless preparation or payoff of exploring something new and exciting millions of miles away. For a first Universal Studios homes in on an American hero in the classic tradition. Oh, and to cap it all off the creators even cast a Canadian in the lead. Now to some that may be going out on a limb – but not in this case. Just enjoy the excitement of entering forbidden territory with First Man at countless Cineplex Cinemas throughout beautiful British Columbia.

Talk about space and the American space program and most people think about John Glen, at least they did in 1962 as that famous stamp commemorates. Then along came a plain soft-spoken person named Neil Armstrong and the rest – as they say – is history. Handsome Canadian wonder Ryan Gosling (The Notebook) shines as the moon walker before Michael Jackson coined that patented phrase.

Precision and poise are the way Director Damian Chazelle flawlessly channels this simple pilot’s ascendancy to commanding a one of a kind missions to the moon. visually stunning unlike most space operas First Man goes deep into the personality of Armstrong and looks at all aspects of his life. With Claire Foy at his side at the heart of First Man is that old family relationship. Seldom has it been done better.