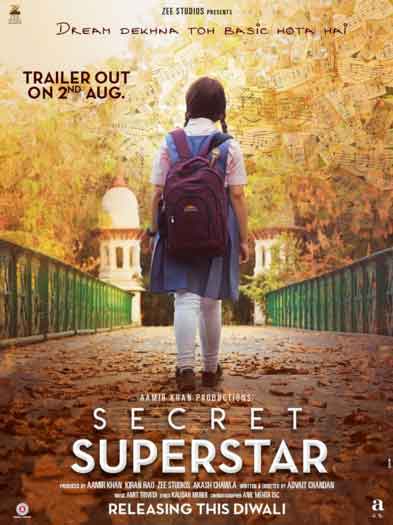 Aamir tweeted the poster, which shows a young school-going girl with two braids and a heavy school bag walking down the bridge with her back to the camera. The foreground has musical notes floating in the air with the backdrop of trees.

The creative also read that the trailer of the film, which is a musical drama. Its trailer will be out on Wednesday.

“Secret Superstar” which features Zaira Wasim, Meher Vij and Aamir in lead roles. It is based on the story of a child who aspires to be a singer.

Aamir and Zaira are coming together once again after the success of “Dangal”.

“Secret Superstar” is scheduled for release on Diwali 2017.