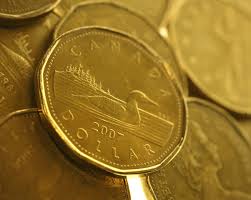 The Canadian Press
Toronto: The Canadian economy was thrust into the spotlight Wednesday with the sinking Canadian dollar and the Parliamentary Budget Office’s determination that the federal government is facing a $1-billion deficit. Five things to know:
The loonie: The Canadian dollar slumped to 76.70 cents US, the lowest level since Sept. 1, 2004. The loonie is suffering from lower oil and gold prices and the Bank of Canada’s interest rate cut last week.
Deficit: Number-crunching by the Parliamentary Budget Office projects the federal government is facing a $1-billion shortfall in 2015-16. In its April budget, the federal government predicted a string of surpluses, starting with $1.4 billion for this election year.
Oil: On commodity markets, the September contract for crude oil dropped below the $50 mark, settling at US$49.19 _ a kick in the teeth to the loonie, now considered a petro-currency.
Recession?: The Canadian economy contracted in the first quarter of the year at an annualized rate of 0.6 per cent, fuelled in part by a slump in non-resource exports. That plunge is a phenomenon Bank of Canada governor Stephen Poloz described as “a puzzle that warrants further study.”
Optimistic Oliver: Finance Minister Joe Oliver isn’t concerned, however, predicting on Tuesday that the economy will rebound later this year and insisting the government will live up to its long-held promise to balance the budget this election year. “We are very comfortable, very comfortable we’re going to achieve a budgetary surplus this year and new numbers will be coming out fairly soon,” he said.
© 2015 The Canadian Press