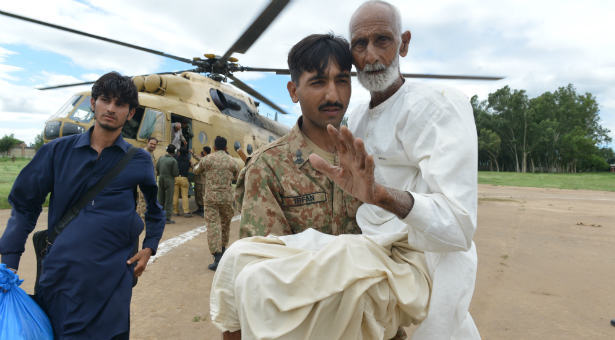 Islamabad, July 24 (IANS) The army on Friday continued rescue and relief operation in Pakistan’s flood-hit areas of Gilgit Baltistan, Punjab province and Khyber Pakhtunkhwa’s Chitral Valley.
In Chitral, 17 tonnes of ration has been distributed so far and 164 people were rescued by two helicopters, an Inter-Services Public Relations (ISPR) statement said.
In Gilgit Baltistan, 40 km of damaged road has been repaired by the army engineers, the Daily Times Pakistan reported.
Four relief and medical camps have been established in the area also.
In southern Punjab, 71 people were rescued. Two medical camps have been established in the region.
A total of 13,893 people have been evacuated in Rahim Yar Khan, Sadiqabad, Khanpur and Liaqatpur during the last two days.